Previously Chiyaan Vikram had paired with Trisha for Saamy and the movie was a successful hit movie and had captured hearts of many. The movie was directed by Hari. The movie was released fourteen years back and currently the maker is directing the second part of the movie. 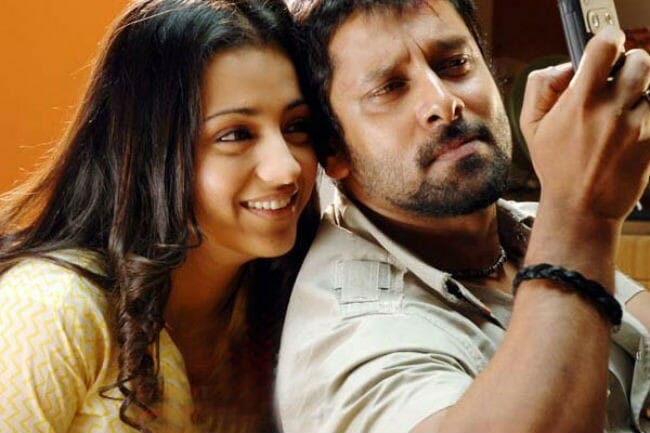 Sources have stated that Trisha is booked to play the female lead opposite Chiyaan Vikram in the second part also. Keerthy Suresh is booked as the second heroine for the movie. Devi Sri Prasad will compose the music. Currently the maker is in search hunt in choosing the location for the movie.

Currently Vikram is acting in Sketch and Dhuruva Natchatram.  After acting in both the movies he will start acting in Saamy 2. Meanwhile Hari will complete the first stage of production. Sibu Thameens will produce for the movie. Hari is currently at Delhi in search of location for the movie.