Keerthi Suresh, who is one of the fan favorite actresses in Kollywood was last seen in Vijay’s ‘Sarkar’. It was one of the blockbuster movies of Tamil cinema in 2018. After the success of her last film, Keerthi Suresh has signed her new movie and the official announcement for the upcoming flick has been made.

It will be a Tollywood movie, directed by debutante director Narendra and bankrolled by Mahesh S Koneru under East Coast Productions. This movie marks the third production project if the said production house. The movie was officially launched yesterday evening with a formal poojai. 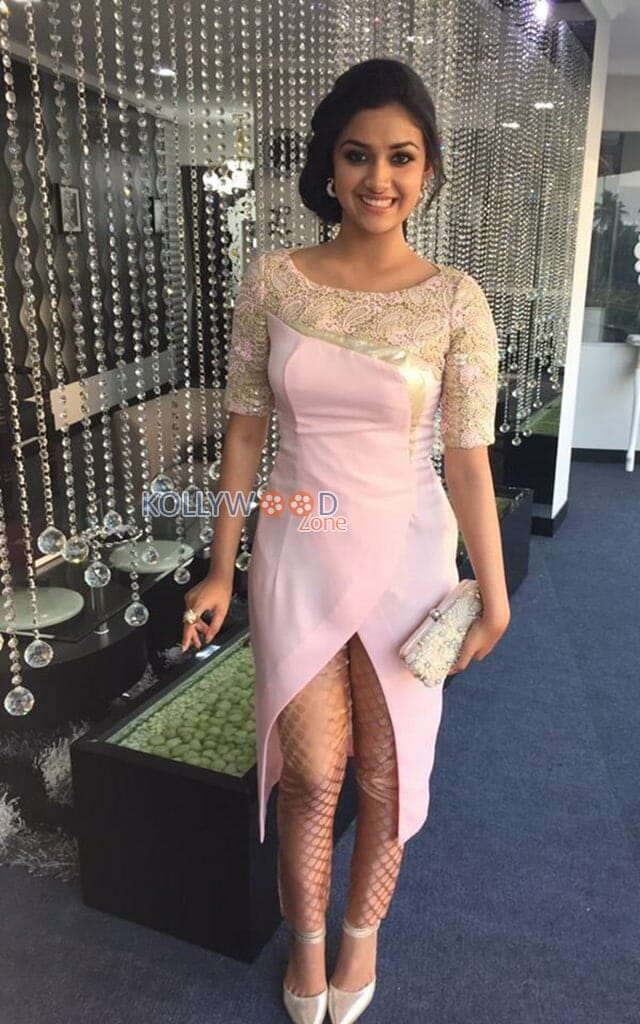 The producers have officially announced that this yet to be named movie will start shooting from February 2019. Major part of the movie will be shot in abroad destinations. This untitled movie is said to be a female centric venture and is also Keerthi Suresh’s 20th film in her acting career. Apart from this movie, she is also acting in a Malayalam film titled ‘Marakkar-Arabikadalinte Simham’.

Keerthi Suresh shared her happiness about doing this film through her tweet, “Very happy to announce my next in Telugu with Producer @smkoneru and Director #narendranath Can’t wait to announce the rest of cast and crew :) @EastCoastPrdns“