Rakul Preet Singh, the New Delhi born girl who set foot on Kollywood through her supporting role in the Arun Vijay starrer Thadaiyara Thaakka which hit the screens under the directorial of Magizh Thirumeni, debuted as a lead heroine in the Vijay Adhiraj Directorial Puthagam. In view of the fact that the flick failed miserably at the box office, the actress turned her attention to Telugu cinema where she shot to fame and was successful enough to do fifteen films in a short span of time. Her Tamil comeback action thriller film Theeran Adhigaaram Ondru starring Karthi was a block buster hit as a result of which she inked her signature for three Tamil films back to back. 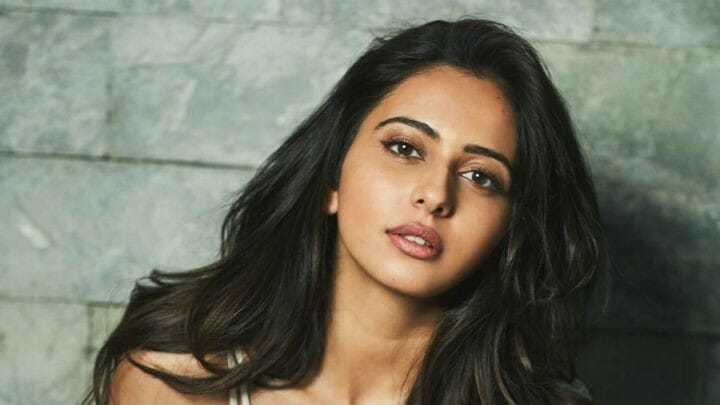 The actress who is currently gearing up for the release of her much anticipated Tamil film of the year NGK starring the dashing hero Surya, has opened up about her experience with the actor and many other things to a news daily. Speaking about her working experience with the actor, the actress stated, “Surya makes every single person in the set feel very comfortable. He possesses vibrant energy in him and is always very supportive for his co stars. You do not get to see a show of stardom, he moves with a lot of fun not only with his co stars but with everyone on the set.”

When a question was put to her about the strong and bold contents that Indian audience enjoy in the western web series, the actress stated, “In the western part of the world people view kissing and intimacy as a part and parcel of life. It is swallowed down very normally just like an act of the day. But in India anything related to sex is spoken in whispers and there are restrictions in the name of culture. So you cannot expect artist’s to go bold just like that. But if at all a script really demands such scenes and if they are an important element to hold the script together then I would go ahead and do it. But when they are merely for the sake of skin show, I would bluntly deny to do it,” concluded the actress.

On the work front, the actress who is basking on the success of her Hindi flick De De Pyaar De starring Ajay Devgn and Tabu, is waiting for the release of her Tamil flick NGK, which will be hitting the screens on 31st of May. Currently, the actress is busy shooting for Siva Karthikeyan’s untitled flick under the directorial of K. S. Ravi Kumar. Apart from this the actress has a Hindi flick Marjaavaan and a Telugu flick Manmadhudu 2 starring Akkineni Nagarjuna in her kitty.

Naadodigal 2 awaits its release as the team wraps up...