Home Kollywood News Veteran actor and Mani Ratnam’s heroine on board for Vijay Sethupathi’s next!

Versatile actor of Tamil cinema Vijay Sethupathi is a busy man with numerous films in hand that he could no longer sign a new project until 2020. The Soodhu Kavvum star was last seen on screens in the action entertainer Sindhubaadh directed by S. U. Arunkumar which had actress Anjali in the female lead role. The actor also set foot in Mollywood this year with Marconi Mathai that hit the theaters under the directorial of Sajan Kalathil in which he had shared the screen space with veteran Malayalam actor Jayaram. Now, we have two interesting updates on the actor’s next venture titled as Thuglak Durbar. 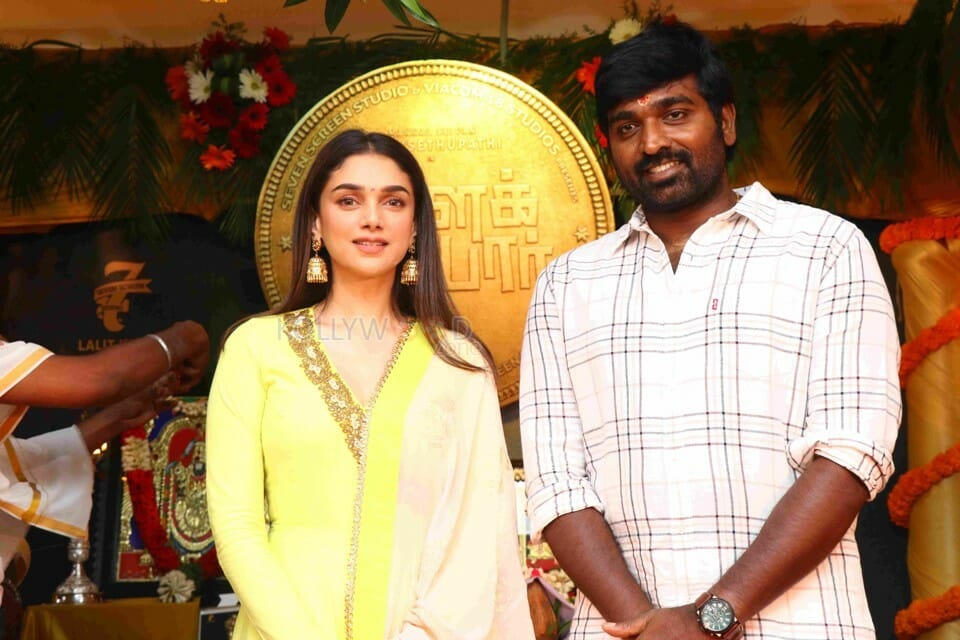 The project was launched few months ago and it was announced that the venture will be a political drama with elements of fantasy which will keep the audience hooked. Then we had no further development on the project. Now we have reports that the flick is set to go on floors today with a formal pooja in Chennai. According to a source close to the director, “All necessary pre production works for Vijay Sethupathi’s Tughlak Durbar is done. We will start rolling from today with a formal pooja in Chennai. Actress Aditi Rao Hydari has been roped in to play the female lead role in the movie. Also, actor and director Radhakrishnan Parthiban will be essaying a powerful role in the entertainer.” This is a great news for movie buffs in the state as the combination of Vijay Sethupathi and Parthiban sent the audience to a laugh riot in theaters and given the title of this film we can expect for a replica again.

The drama was supposed to go on floors in the month of June but since Vijay Sethupathi wanted to give his full attention to the flick the actor decided to wrap up all his ongoing projects before starting out on this one. Given the interest shown by the actor probably the cinema lovers are in for a great treat. The title of the film has already grabbed a lot of attention and has set the expectations bar quite high. The drama is scripted and directed by debutant story teller Delhi Prasad. Govind Vasantha, of 96 fame, will be handling the musical department of the venture. The dialogues for the flick are penned by Balaji Tharaneetharan who had earlier penned the dialogues of Seethakathi. The motion picture is bankrolled by Lalit Kumar under the banner Seven Screen Studio.

On the work front, the actor is gearing up for the release of his next action entertainer Sanga Thamizhan which is directed by Vijay Chandar in which he has shared the screen space with Raashi Khanna and Nivetha Pethuraj. The actor recently wrapped up the shooting for his next social drama Laabam under the directorial of S. P. Jananathan co starring with Shruthi Hassan. The actor will also be making his debut in Tollywood this year alongside Chireenjeevi in the historical project Sye Raa Narasimha Reddy. Apart from these ventures, the actor has Kadaisi Vivasayi, Maamanithan, Uppena and Idam Porul Yaeval in his pipeline.