Actor Mirchi Shiva who was last seen on screens in the comedy spoof entertainer Tamizh Padam 2 directed by story teller C. S. Amudhan is gearing up for the release of the multi starrer Party which is set to hit the theaters under the directorial of director Venkat Prabhu. The actor is currently busy with his next project which is titled as Sumo. The interesting news about the film is that actor Shiva has scripted the story and dialogues of the entertainer. The venture is directed by story teller S. P. Hosimen of February 14 fame. 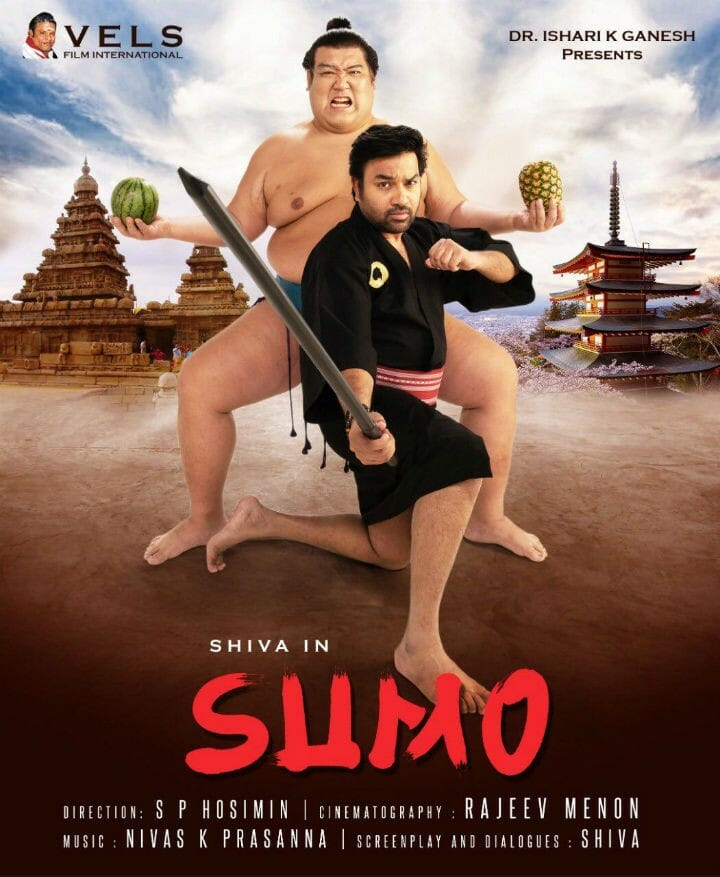 Now, the makers of the drama have unveiled the first look posters of the comedy movie. Director and producer Venkat Prabhu has shared the poster on social media. Taking to his twitter handle director Venkat Prabhu shared the first look poster of the flick and wrote, ‘Agila Ulaga superstar Shiva is now in a new avatar Sumo. Here is the wacky Sumo first look with a Fruit Ninja Abstract. Best wishes to the whole team.’ In the poster actor Shiva is seen in a funny avatar in front of a Sumo wrestler. The first look poster gives up a clear glimpse of what to expect of this movie and in addition to that when it is from the pens of the actor who is known for his witty nature in the tinsel town what else one can ask for.

Earlier, speaking about the movie, actor Shiva stated, “I am playing a similar role to that I have played in my entire career. People know me well and I am quite aware of what they expect of me. So I will be seen in the role of a jovial Chennai based surfing instructor. And we have this peculiar character in the form of a sumo wrestler who comes in to our life with his back-story which puts me in trouble and the twist that he brings along with him will be loved by the audience. I am confident that the entertainer will be a laugh riot.” In his own jovial way the actor said, “When a veteran like Rajiv Menon comes on board to crank the camera, you should just imagine the quality of the content.”

Actress Priya Anand will play the love interest of actor Shiva in the flick. The casting of the film also includes current comedy sensation Yogi Babu and VTV Ganesh who are set to essay important roles in the project. Sumo wrestler Yoshinori Tashiro has also played a crucial role in the comedy entertainer. The music department of the venture is handled by Nivas K Prasanna. The motion picture is bankrolled by Ishakri K Ganesh under the banner Vels Film International.

Kajal Aggarwal to romance this actor in Venkat...