At present heroines in Kollywood are very much in to women centric films than being a showpiece in some popular hero’s films that merely revolves around the hero. Thanks to lady super star Nayantara for lighting a brighter path and standing as an example for her counterparts in the field. The path laid by lady super star was later pursued by actresses Anushka Shetty and Trisha Krishnan, the latest to join the party in none other than actress Anjali. Though her last women centric flick Lisaa did not perform well in the box office, the actress is keen to establish a market for herself. 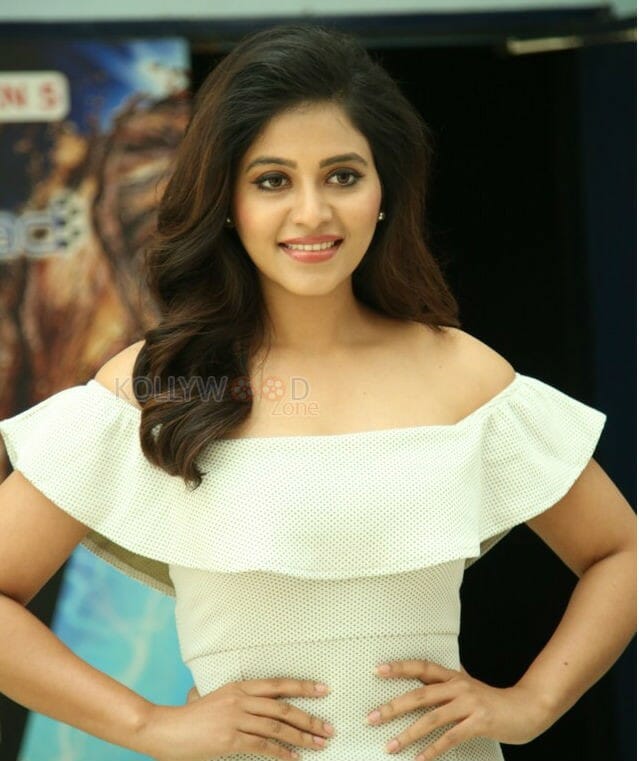 Now we have an interesting update about the actress’s next flick. The actress is said to be in talks with director Krishnan Jayaraj of Sonna Puriyaadhu fame to be part of his next directorial venture. The flick is said to be an out and out comedy entertainer. According to a source, “The film will be women centric film developed on comical genre. It is true that the director has approached the actress and the actress has also laid a green signal to the script. An official announcement on the same will be made soon.”

The project is set to be produced by KJR Studios Production Company which bankrolled Nayanthara’s Aramm, Airaa, and distributed Thala Ajith’s Viswasam. Cinematographer Saravanan has been roped in to crank the camera for the film. The rest of the crew and cast that will be part of the film are expected to be announced soon.

Director’s Krishnan Jayaraj’s previous venture Sonna Puriyaadhu starring Mirchi Siva and Vasundhara garnered good reviews but failed to perform well in the box office. The director who took a break after that is now looking to make a comeback with a bang through his comedy flick. On the other hand, actress Anjali is in a desperate need to deliver a hit film under her name as even her last flick Lisaa did not fare well in box office. We will have to wait to see how this comical venture turns the career of both the artists.

On the work front, the actress who recently wrapped up shooting for the Vijay Sethupathi starrer Sindhubaadh is currently busy shooting for her multi starrer flick Silence in which she will be sharing the screen space with actors Madhavan and Anushka Shetty. Apart from this the actress has an untitled film that will be directed by Samuthirakani, Kaanbathu Poi and O in her kitty. She is also awaiting the release of Naadodigal 2 which is currently under some financial issues. Besides these films the actress also has a Telugu flick Geethanjali 2 and a Malayalam flick Sasthamkotta to Changanacherry.

After Karan Johar, it’s going to be Anurag...