The craze for comedian Santhanam was at its peak when the actor forayed in to big screen from small screen. He was part of almost every drama that hit the screens during that phase. From new faces to the leading heroes in the industry everyone desired the presence of the comedian in their project. But when the actor decided to act only in the lead roles things had to change but the craze for his films remains the same even today. Now, it is Yogi Babu, the current comedy sensation who in on a signing spree and is almost bagging every big project and simultaneously donning the lead role in minimalist budget ventures in the industry.

Actor Santhanam who took a great slide in his film Sakka Podu Podu Raja reinstated his stature in the sequel of Dhillukku Dhuddu. The actor is now gearing up for the release of his next project A1 directed by debutant Johnson. Now what we have is indeed interesting update on Santhanam’s next movie Dagaalty. It is old news that actor Santhanam has team up with comedian Yogi Babu for the project. Latest news is that the shooting of the movie is said to have reached the final stages. And now the actor has unveiled the first look as well as the second look of the project on his social media account.

Taking to his twitter account few days back the actor shared the first of the flick, in which he looked stylish as well as mannish which promises to be an action package. Now the actor has also unveiled the second look poster of the movie on his twitter account. This poster has the actor in a lighter tone in contrary to the first look poster. It is in a sketchy style and the actor is seen tossing the newly issued high value currency notes in air. 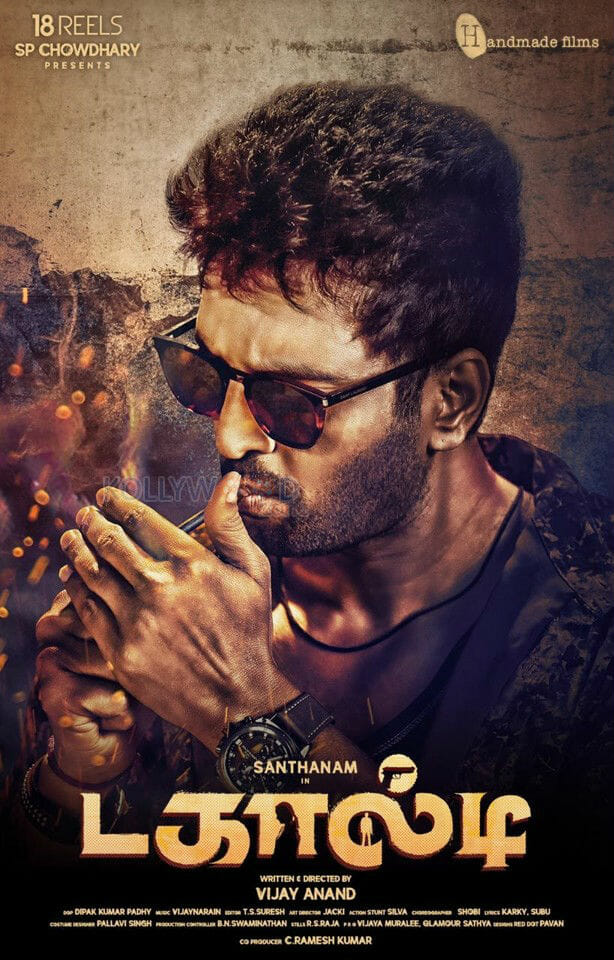 The movie will hit the screens under the directorial of film maker Vijay Anand, an erstwhile associate of director Shankar. The film will be trimmed by T. S. Suresh while Deepak Kumar Padhy will be seen behind the camera for the film. The stunt department of the film has been handed over to Silva. The flick is produced by the actor himself under his home banner Handmade Films partnering with S. P. Chowdhary’s 18 Reels production house.

On the work front, actor Santhanam is busy with numerous films in his kitty. The actor who is gearing up for the release of his next venture A1 has an untitled project that will be directed by Ivan Thanthiran fame director Kannan. Besides this movie the actor has Server Sundaram in his pipeline which is set to be directed by director Anand Balki in which he will be sharing the screen space with actress Vaibhavi Shandilya.

On the other hand, actor Yogi Babu is expected to have back to back release by means of Dharma Prabu and Ghurkha. Currently, the actor is busy shooting for the super star starrer Darbar in Mumbai.

Vatsan Chakravarthy: I Got Beefed Up For My Part In...