Actor Harish Kalyan set foot on Kollywood through the controversial adult drama Sindhu Samaveli co starring with actress Amala Paul. But it was only after being part of the second season of TV reality show Tamil Bigg Boss he shot to fame. The fame that he gained from the show helped him to bag some good number of projects in the industry. Now the actor has delivered back to back hits through his films Pyaar Prema Kaadhal and Ispade Rajavum Idhaya Raniyum and has earned a place for himself in the K town as a bankable hero. 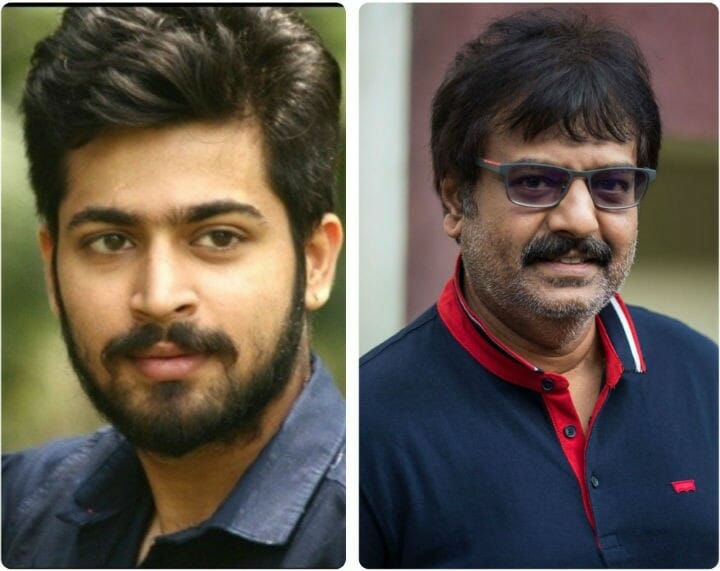 The actor is currently busy with his next venture Dhanusu Raasi Neyargalae. Now we have an interesting update on the actor’s next flick. We had reported earlier that the actor will be playing the lead role in the remake of super hit Bollywood movie Vicky Donor. The Tamil version of the comedy drama is titled as Dharala Prabhu. Now according to reports, veteran comedy actor Vivek is said to have been brought on board for the project.

Vicky Donor is a block buster Hindi film which had a fresh plot that many directors hesitate to touch. The movie is about an unemployed young man who decides to become a sperm donor in order to take away the financial burdens from the shoulder of his working mother. So with the assistance of a doctor he donates his sperm to families that are incompetent of reproducing and earns money in the process. According to reports actor Vivek is said to essay the pivotal role of the fertility center doctor, played by ace actor Annu Kapoor in the original version of the film. Actor Vivek was last seen in a detective role in the whodunit crime thriller Vellai Pookal which had a decent reception in the box office. The veteran actor coming on board for the venture is seen as a huge boost for the project.

Krishna Marimuthu of Yuddham Sharanam fame will be directing the Tamil version of the film. The film will be bankrolled by Screen Scene Production house. Vicky Donor was also remade in Tollywood under the title Naruda Donoruda but it failed to replicate the success that it produced in Bollywood. We will have to wait to see how it does in the K town.

On the work front, the actor is currently busy shooting for his next venture Dhanusu Raasi Neyargalae under the directorial of Sanjay Bharathi, son of veteran director Santhana Bharathi and an erstwhile assistant of director A. L. Vijay. Actresses Rhea Chakraborty and Reba Monica John will be seen in the female lead roles. Besides this project the actor has the mega budget multi starrer movie Kasada Thabara which will hit the screens under the directorial of director Chimbu Devan. The actor also has an untitled flick which will be directed by Sasi of Pichaikkaran fame.

On the other hand, actor Vivek is busy shooting for Thalapathy 63 under the direction of Atlee.

‘Thittam Poattu Thirudura Kootam will be fresh and engaging,’ says...