Actor Jayam Ravi is currently basking in the success of his last comedy entertainer Comali which hit the theaters under the directorial of debutant story teller Pradeep Ranganathan in which the actor shared the screen space with actress Kajal Aggarwal. The actor has moved on to his next project in no time and is currently busy shooting for his next venture under the directorial of story teller I. Ahmad of Endrendrum Punnagai fame. The entertainer which was tentatively named as Jana Gana Mana went on floors recently in Azerbaijan, Russia. Recently, we had reported that KGF baddie Ramachandra and action king Arjun Sarja have joined the cast of the film to play pivotal roles. Now we have news of another important addition to the technical crew of the mass action thriller. 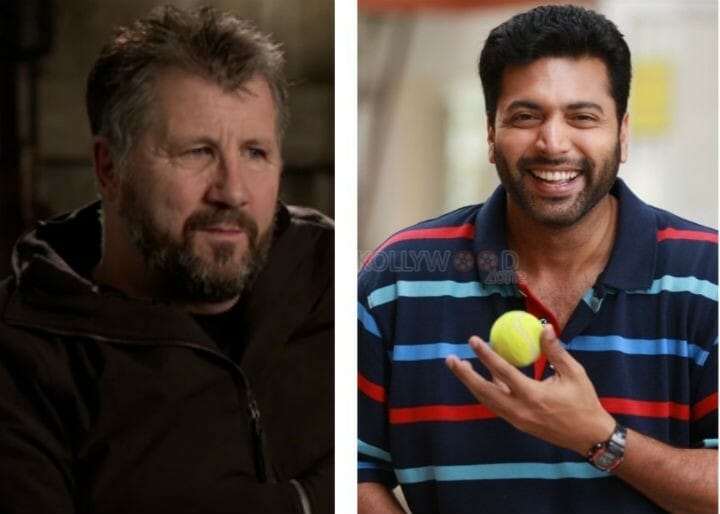 Already the addition of two powerful villains of the South India has garnered the attention of Tamil cinema audience in the state. Now we have news that the production unit has roped in popular Hollywood stunt man Glenn Boswell to choreograph the action sequences of the film. Glenn Boswell has worked in Hollywood movies such as The Matrix franchise, Ghost Rider, The Hobbit, and X-Men Origins: Wolverine. The stunt man is already famous up north and has worked in flicks like Aamir Khan’s Thugs of Hindostan, Hrithik Roshan’s Mohenjo Daro and Salman Khan’s Tubelight. The addition of the stunt man to the unit is sure to up the expectations on the venture.

The entertainer will be a patriotic action thriller and hence it is said to be titled as Jana Gana Mana. Actor Jayam Ravi will be seen in the role of a military intelligence officer in the drama. Actress Taapsee Pannu will be romancing actor Jayam Ravi for the first time in her career. Actor Jayam Ravi has been cherry picking ventures that are fresh and rich in content so guess the entertainer definitely will be an interesting film to look out for. The motion picture is funded by Eagle’s Eye Production house which will be there second production venture after their debut production venture Petromax.

On the work front, the actor is currently busy shooting for his 25th movie under the direction of story teller Lakshman in which he will be romancing actress Nidhie Agarwal. The actor is set to portray the role of a farmer in the flick. Apart from this project the actor has the sequel of the mega hit film Thani Oruvan which will be directed by his brother Mohan Raja. Besides this project, the actor will be playing the lead role in the mythical historical drama Ponniyin Selvan which is set to be directed by auteur Mani Ratnam.