The multi facet artist Siddharth Suryanarayan made his entry in the film industry as an assistant director to ace director Mani Ratnam which opened up an opportunity for him to star in the mega budget film maker Shankar’s directorial Boys. Though, the flick ran in to controversies for its climax scene which had the actor running nude in the main road of a city, it performed well in the box office. It was Mani Ratnam’s Aaytha Ezhuthu which earned him critical acclamation from the critics for his role as Arjun Balakrishnan. Then the actor turned his attention to Telugu cinema after his commercial success of Nuvvostanante Nenoddantana and established himself as a bankable hero in Tollywood. 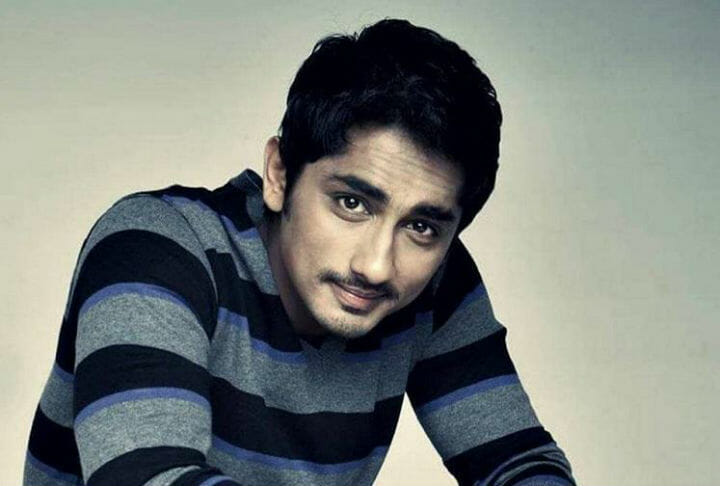 The actor who was last seen in the Tamil horror flick Aval is gearing up for the release of his next venture Sivappu Manjal Pachai directed by Sasi which will also have actor G. V. Prakash Kumar. After which the actor will be seen on screens in Aruvam under the directorial of director Sai Sekhar. Actress Catherine Tresa will be romancing the actor in the flick. The teaser of Aruvam was launched a few days ago and has enjoyed a good reception among the moviegoers in the state. While the few minutes cut created an impression that the project will be a horror flick, the director of the horror drama says his script has much more to offer to the audience than the horror element.

Speaking about the movie, the story teller stated, “It is true that the audience gets a horror entertainer every weekend but Aruvam will not be just another horror entertainer to pass by. Aruvam will explore the untouched zones in this genre and will be a complete package with romance, action and entertainment blended with perfect ratio for the family audience,” concluded the director. Aruvam is expected to hit the screens on 5th of July.

Meanwhile, actor Siddharth sharing the teaser of the film has quoted, ‘Aruvam is a massy film with an important message. It is a high octane action film with lots of surprising, thrilling elements.’ The supernatural element based project is bankrolled by R. Soundarya and Deepa Iyer under their banner Trident Arts. The music for the film is composed by S Thaman.

On the work front, Siddharth is currently gearing up for the release of his multi starrer flick Sivappu Manjal Pachai which was slated to hit the screens on 28th of June but due to unknown reasons it has been pushed to July. The actor also has a Tamil project named Shaitan Ka Bachcha, and a Hindi flick titled Chhichhore in his kitty. Besides these big screen ventures the artist is also getting ready for the premiere of his Hindi TV series Leila, which can be streamed from 14th of June on Netflix.

Shriya Saran dances in front of nude portrait; gets slammed