The newly married hunk of Kollywood is well known in the industry for his fitness level and his passion towards cycling. The actor has inspired many common folk apart from his counterparts in the industry to take up cycling as part of their fitness program. If you want to find and have a quick chat with the star you better look out for him in the ECR roads, the actor’s usual driveway, where he will be busy peddling through the mundane traffic. 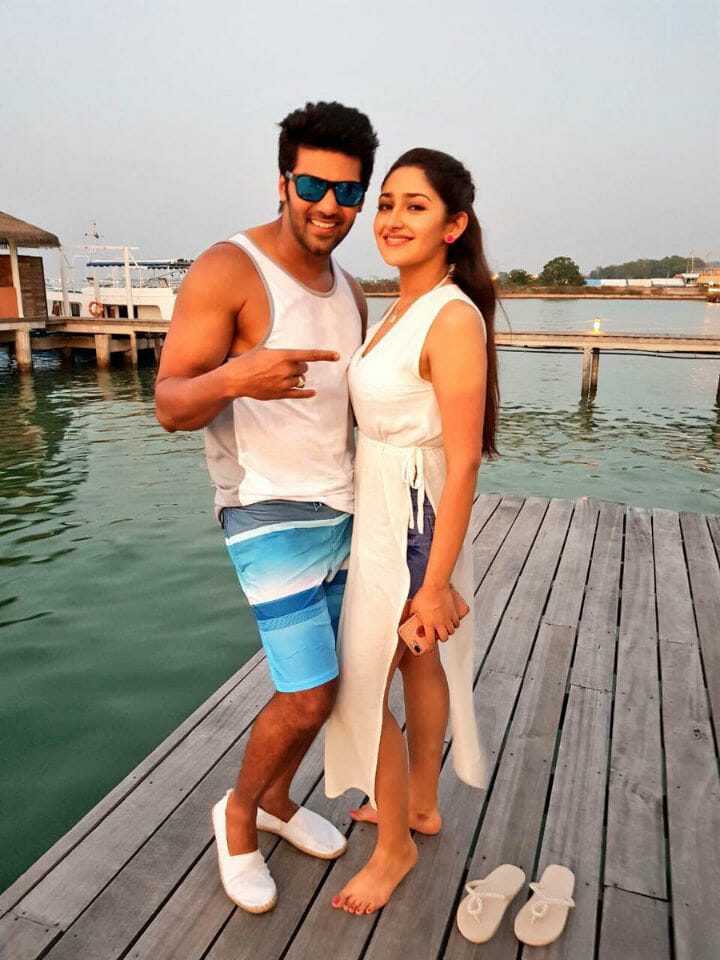 On Sunday, to everybody’s sweet surprise one of Kollywood’s versatile hero actor Surya joined Arya in the cycle movement that the actor has began in Tamil Nadu. And the actors have peddled to cover quite a long distance. According to a information posted the charismatic duo together have covered a distance of 70.22 Km. They are said to have burned 1114 calories in a span of 2 hours 55 minutes 4 seconds.

Actor Arya took to social media to share his happiness, the actor posted, “Sunday special ride with one and only Suriya sir Super strong as always.”

The dashing actor and his wife Sayesha will soon be sharing the screen for the movie titled ‘Kaappaan.’ The movie will be directed by Ko fame, K.V. Anand. The couple with be sharing the screen with Mollywood legendary actor Mohan Lal and Suriya. The movie is expected to be released on 15th of August this year. The multi-starrer flick has already made it to the list of most awaited movies of the year.

Besides this, actor Suriya is busy with NGK and is gearing up for the release of the movie. The drama is directed by Aayirathil Oruvan fame the maverick film maker Selvaraghavan and is produced by S.R. Prabhu under the banner Dream Warriors Pictures. It is said that the Pithamaagan actor has begun dubbing for the film last Friday. The teaser of the movie was released on 14th of last month and it has taken the anticipation of the movie to the next level.

The fans are quite excited about the magical combo of Selvaraghavan and Yuvan Shankar Raja joining hands again. The movie has roped in Premam fame Sai Pallavi and Rakul Preet Singh as the leading ladies along with Manzoor Ali Khan, Ponvannan, Thalaivasal Vijay Arul Doss, Bala Singh, Guru Somasundaram, and Vela Ramamurthy portraying other vital roles.

Vishal’s Laththi Teaser To Be Unveiled On This...