‘Super Deluxe’ one of the most awaited films in Tamil cinema has been bestowed with an ‘A’ certificate. The movie been directed by Aranya Kaandam fame Thiagarajan Kumaraja, who is gearing up for his comeback after a long gap, has created a whirlwind expectation among the fans right from the day the film unit released the first look of the movie in which the Maakal Selvan was seen in an female make over.

After the post production work the movie was sent to the censor board for certification. Now the film has been censored and the CBFC has tagged an ‘A’ certificate on the film. The film is set to hit the theaters by the 29th of March this year without any deletion in its content and will have its full running time of 2 hours and 56 minutes. 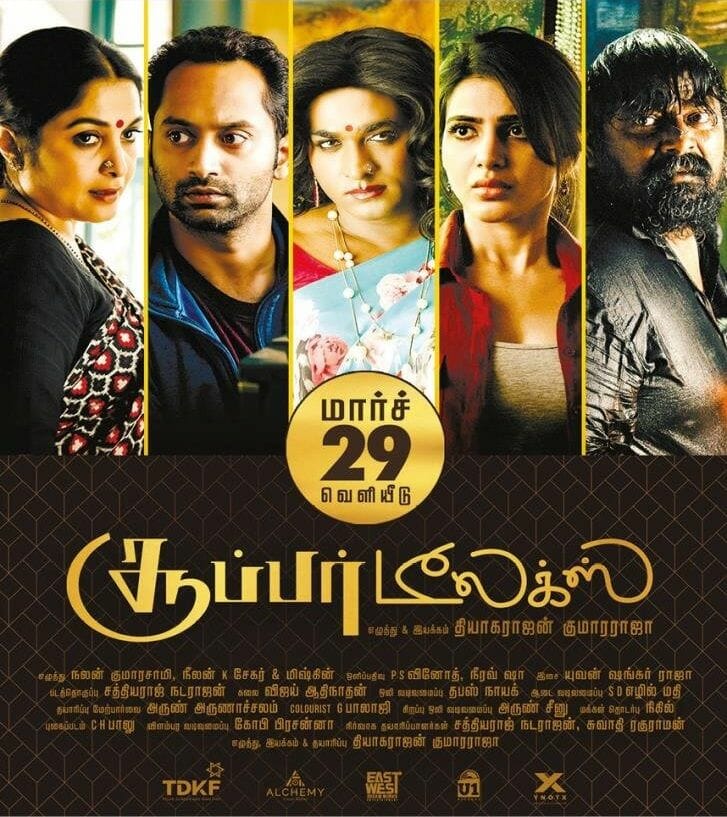 In order to let out the news of bagging an ‘A’ certificate to the audience the team has released a promo post in which actress Samantha is seen crying with the alphabet ‘A’ at the background. The post has become viral on the internet and created a lot of curiosity among the movie bugs out in the city. As usual it has also received some amount of criticism for displaying an ‘A’ certificate with a woman crying for the sake of the promotion of the film.

The production unit has roped in Vijay Sethupathi, Fahadh Fazil, Samatha Akkineni, Ramya Krishnan, Gayathrie, Mysskin, and Bhagavathi Perumal to share the screen for the drama. The music department has been handed over to Yuvan Shankar Raja while P.S. Vinod and Nirav Shah together takes care of the cinematography. Sathyaraj Natarajan handles edting with Tyler Durden and Kino Fest produces the movie partnering with East West Dream Works and Alchemy Vision Workz.

Actor Bharath’s 50th Film Gets The English Word Of His...