S. Justin Selvaraj, who began his career as a supporting actor in the film Nethiyadi went on to become a director by directing Thala Ajith Kumar in his film Vaali. The director is quite popular in the K town for having double entendres and high sexual tension scenes in his films because of which not even a single film out of his entire filmography was able to clear the censor board standards with a clear A certificate. In the recently held audio launch event of his film Monster the actor has stated this following which there was a huge round of applause with laughter inside the square. 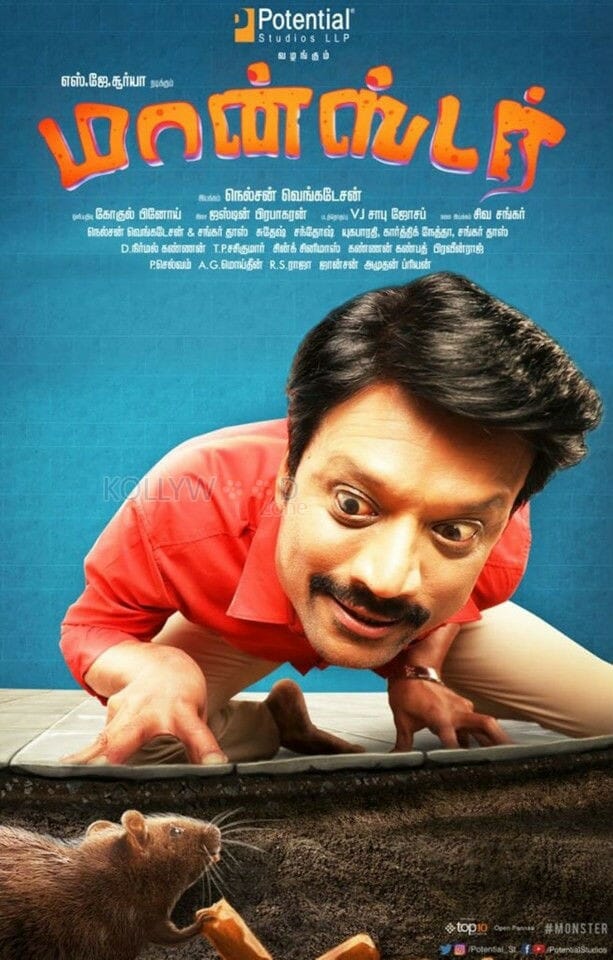 Speaking at the audio launch, the director said, “Avoiding the CG created rat, in order to get the feeling of realism we shot with a real rat for about 20 days.” Following which the hero took his turn to speak, “Monster is my first film to get a complete U certificate. I am very confident that the film will entertain the kids and family audience. Monster is packed with very talented technicians who have the ability to create magic on screen with their works.” Speaking further the actor said that he desires to create a market for himself in the industry as a lead hero.

Actress Bhavani Shankar delivered an open speech, she said, “When I was approached by director Nelson I was glad but I was a bit hesitant when he said that I would be paired against actor SJ Surya. I have grown up seeing his films and that made me wonder whether a film with him in the lead would suit me. But the story narration of director Nelson convinced me to do the film, concluded the actress.”

Producer S. R. Prabhu showered praises on SJ Surya and stated that he has the ability to take the place of veterans Bhagyaraj and Pandiarajan in Tamil cinema and become the super star for middle class audience.

On the work front, the actor is currently busy shooting for his film Uyarndha Manithan which is directed by director Tamilvannan. The film also stars Bollywood super star Amitabh Bachchan and Ramya Krishnan in pivotal roles. Apart from this the actor has wrapped up the shoot for his romantic thriller film Iravaakaalam starring actresses Sashivada Nair and Wamiqa Gabbi as female leads.

First Look Poster Of Yogi Babu’s Boomer Uncle Is Out!