At the beginning of this year, it has been announced by Shibu Thameens, the producer, director Hari, Harris Jayaraj, the composer and the actor Vijay of the film ‘Saamy’, that part 2 of the super hit film, ‘Saamy’ will be released and it will be titled as ‘Saamy Square’. 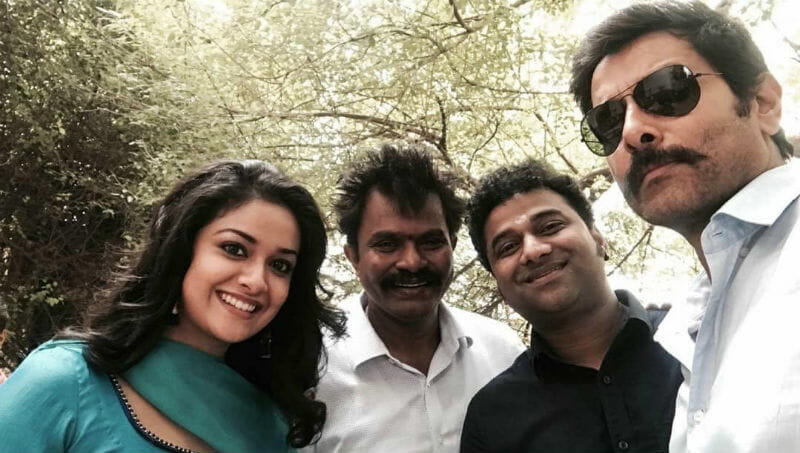 Vikram, Bobby Simhaa and Keerthy Suresh are playing the lead roles in this film. Recently when the shooting of ‘Saamy Square’ was going on in Karaikudi, some photos were left out in the shooting spot, which has disclosed some parts of the story. This is related to Bobby Simhaa’s role in the film. In the part one ‘Saamy’, Vikram has acted as a cop, Aarusaamy and Kota Srinivasa Rao has played the role of the biggest goon, Perumal Pichchai.