Hansika Motwani is one of the famous heroines in Tamil and Telugu film industries. The gorgeous actress was last seen on screen in the cop thriller film ‘Thuppakki Munai’ opposite actor Vikram Prabhu. The film was directed by director Dinesh Selvaraj and was critically acclaimed by the audience. 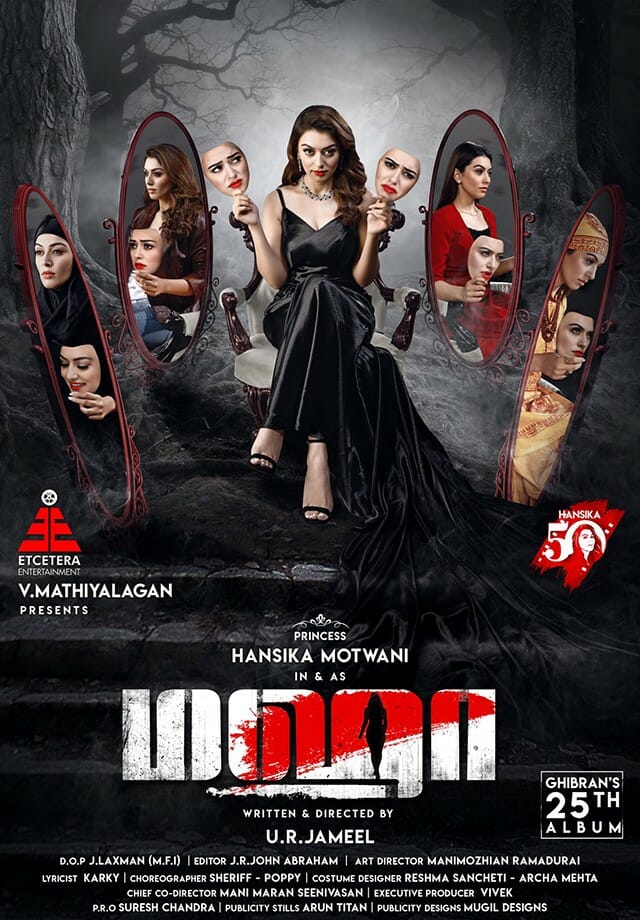 Hansika Motwani, who has started her acting career as a child artist in Hindi serials and has achieved the milestone 50th movie in her career. After the fairly decent performance of ‘Thuppakki Munai’ in the box office, she has been actively shooting for her 50th film ‘Maha’, which is directed by UR Jameel. Director UR Jameel worked as the assistant director in movies ‘Bogan’ and ‘Romeo Juliet’. ‘Maha’ is also the 25th film for music composer Ghibran and includes an ensemble cast like Srikatn and Thambi Ramaiah.

As the film is progressing well, the recent news is that Hansika Motwani, who had been acting in a fight sequence has got hurt. According to the sources, Hansika Motwani had been shooting an emotional scene where she had a do a somersault. But, she slipped and sustained some injury in her hands. Even though, she was advised to take rest by the film crew, the dedicated heroine continued acting wearing a bandage.