The theatre owner’s association president and theatre owner Abirami Ramanathan’s native is Boolankurichi which is near Sivagangai. He has adopted his native place and is doing many social welfare activities. He is producing Unnodu Ka and the movie is shot presently at Boolankurichi. Actors like Aari, Maya, Prabhu, Bala Saravanan, Mansoor Ali Khan and many village people are also acting in the movie. 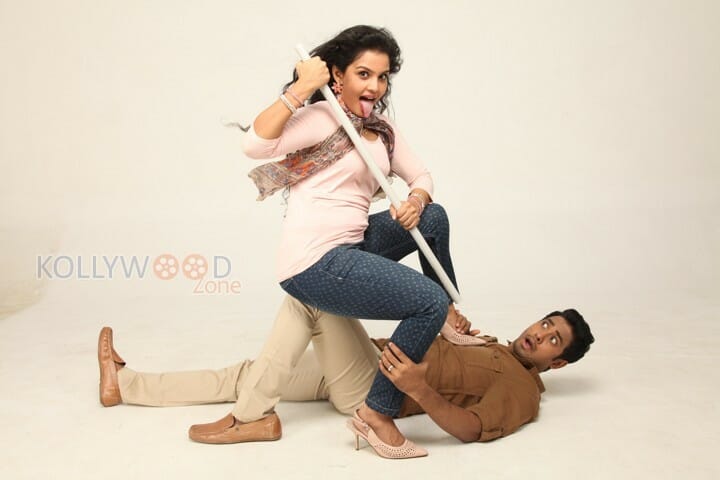 The director has shot a natural fight scene put by Aari and Maya for the movie. But the village people have thought that they are fighting really and they parted them for some time. The villagers went in shy after they came to know that they are acting for the movie. Presently the movie is shot with such type of comedy scenes in the shoot spot.

KGF baddie Ramchandra Raju on board for Karthi’s...