Lately the name Yogi Babu keeps hitting the news quite relentlessly and it is only for two reasons either to announce the actor’s signing of new projects or the release of his new project. The actor who made his debut in Kollywood in the year 2009 through the film Yogi is in the peak of his career for the past two years. We get to see the actor almost every week on the screens now. To the additional boost to his signing spree recently the actor inked his signature for the super star Rajinikanth starrer Darbar. 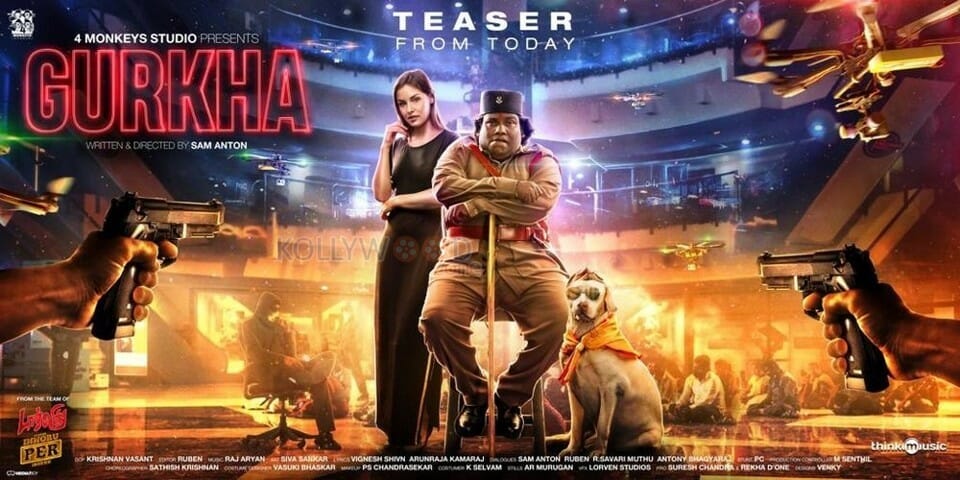 Now the trailer of the venture that turned the actor in to a lead hero is out on the internet. Yogi Babu’s fans are celebrating the trailer which promises to be a fun fest! Actor Yogi Babu who has worked in the small screens as an associate writer is set to inscribe his mark as a screen writer through this film. Apart from Yogi Babu the film has Canadian model Elyssa portraying the role of a foreign ambassador. The project is bankrolled under the banner Four Monkeys Studios by Sam Anton partnering with his friends.

Yogi Babu was a delight to watch in the trailer as he delivers his killer one liners with perfect comical timing. In the trailer we get to see some baddies bring a mall under their control for which our hero is the security guard. The trailer suggests that the efforts that Yogi Babu makes to rescue the hostages inside the mall will form the crux of the film. Whatever, the trailer was absolutely amusing and strongly holds the indication board that the film would be a fun cracker. This film is currently been thriving vigorously in the post production stage and is expected to hit the screens soon. The film is directed by Sam Anton. While Krishnan Vasanth takes care of the cinematography, Antony Ruben looks after the trimming work of the film. The music for the film is composed by Raj Aryan.

On the work front, actor Yogi Babu is having an amazing year with nearly 16 films in his kitty, that is quite a number right. The actor is currently busy shooting for the film Shaitan Ka Bachca directed by karthik G. Krish. The film has actor Siddharth and actress Rashi Khanna in the lead roles. Apart from this the actor has 100 % Kadhal, Aalukku Paathi 50/50, Maanik, Nindru Kolvaan and the super star’s Darbar in his kitty.