Sibi Sathyaraj son of Kaatapaa fame actor Sathyaraj made his debut in the Tamil cinema industry through his film Student Number 1, official Tamil remake of block buster Telugu film Student No. 1. The romantic drama which hit the theaters amidst high expectations flopped at the box office and was panned by critics in the industry. It was his second project Jore in which he shared the screen space with his father that gave him his first success. The actor also received critical acclamation for his role in the sports drama Lee, after which the actor was away from the industry. But he again made his come back through the venture Naanayam, where he was seen in grey shades. 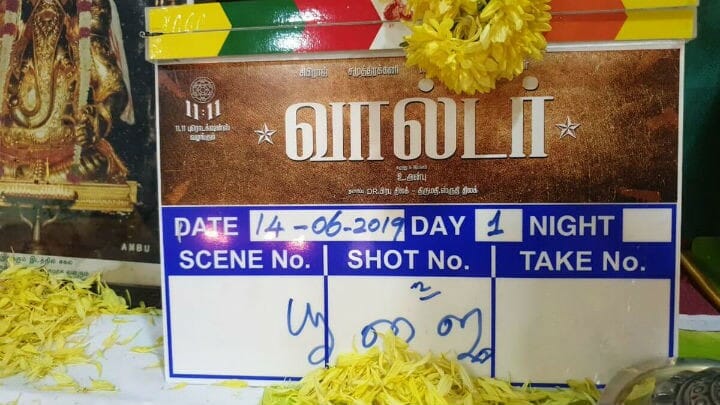 The actor who became very selective in doing films after Naanayam was last seen on screens in the flick Sathya that hit the theaters in the year 2017. Now the actor has inked is signature for a project titled as Walter. It is worth mentioning that Walter Vetrivel is one of the super hit ventures of his father which registered a good box office collection. The project will be scripted and directed by debutant director Anbu. Actress Shirin has been brought on board to play the female lead in the venture. In the action entertainer actor Sibi Sathyaraj is said to essay a role of a tough cop, which will also have Samuthirakani in a pivotal role.

According to a source close to the unit, “The pooja for the film was held recently and the first schedule of the shoot will go on floors in Kumbakonam from 17th of June. Most of the scenes will be shot in live locations as the script demands it. The production unit has made plans accordingly. Female lead Shirin will be making her debut in Tamil cinema through this flick.” Touted to be an action crime thriller the entertainer is said to have some high octane stunt sequences and that is why the production unit has roped in stunt man Vicky of Ratchasan fame. Rasamathi will be taking care of the cinematography department for the flick bankrolled by Dr. Prabhu Thilak.

On the work front, the actor who has slowed down his pace of doing movies will next be seen on screens in the movie Ranga which will be directed by D. L. Vinod. The film has Nikhila Vimal in the female lead role while Sathish, Mohnish Raheja and Sujatha Babu will be seen in various other pivotal roles. Following which his mythological mystery thriller Maayon will hit the screens under the directorial of debutant director N. Kishore in which the actor will be sharing the screen space with Tanya Ravichandran, Radha Ravi, K. S. Ravi Kumar, Bagavathi Perumal, and Hareesh Perradi.

Kajal Aggarwal to romance this actor in Venkat Prabhu’s Web...