Ajith Kumar popularly known as Thala among his fans is currently on rest while his film Nerkonda Paarvai is busy shaping up in the post production stage. The film unit had recently announced that there would be a surprise for the fans on the actor’s birthday which falls on 1st of May. The film which was initially planned to hit the screens on the actor’s birthday had to be postponed to August 15th. Though, it is the official remake of super hit block buster Bollywood film Pink, director Vinoth is said to have made major changes to the script to suit the style of the actor as well as the Tamil audience. The film is bankrolled by Boney Kapoor under the banner Bayview Projects LLP.

After seeing the rushes of the film, producer Boney Kapoor had twitted that he was extremely delighted with the performance of actor Ajith in the film. Not just holding with that the producer expressed his desire to see the actor in Hindi films as well. He also proposed that he has three action films ready in hand and he hopes that actor Ajith nods a yes to at least one of them. Though the tweet was a bit old actress Neetu Chandra has re-tweeted it now with a wish of her. The actress who set foot on Kollywood through the film Yaavarum Nalam co starring with actor Madhavan has expressed her desire to work with actor Ajith. 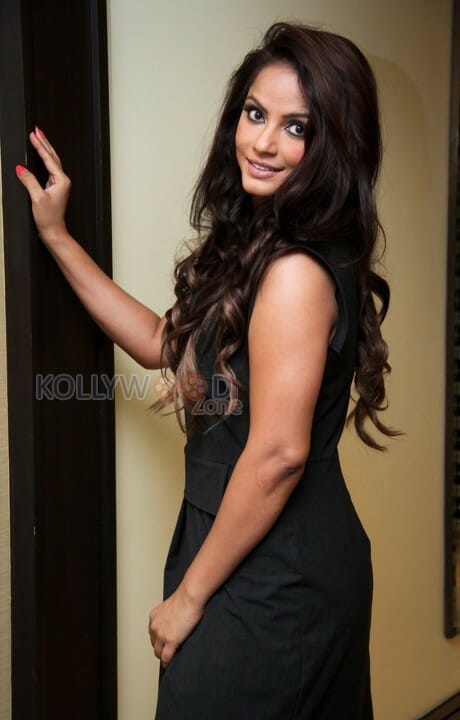 Re-tweeting the tweet of producer Boney Kapoor the actress has stated that she would love to be a part of the project if Thala Ajith gives a nod to work in Bollywood films. She also stated that the actor has been her favorite action hero for a long time and she has requested producer Boney Kapoor to convince the actor soon. She also feels that it would be a blessing to Hindi cinema if the actor agrees to star in Hindi films and she has wished the producer luck in his attempt to convince the actor. This is not the first time an actress expresses her desire to work with actor Ajith but actress Neetu Chandra is the newbie that enters the list of actresses that have expressed their desire to work with the actor. We will have to wait to see whether the actress wish turns to reality.

The actress who is known for her roles in the films like Yavarum Nalam, Aadhi Bhagavan is currently focusing on her production venture and on her free times she does steamy photo shoots that sets the internet on fire. She was the talk of the town when her photo shoot with Krishikha Gupta hit the internet.