Home Kollywood Celebrity News Varsha Bollamma: Animals Can Have A Positive Impact On Us

Actress Varsha Bollamma who ventured in to Tamil cinema with Sathuran did a handful of films like Vetrivel, Ivan Yarendru Therikiratha, 96, and Seemathurai. Unfortunately, these roles did not put the actress in the limelight. Her major break came her way in actor Vijay’s Bigil where she essayed the role of a footballer. Now, the actress has showed a personal non-cinema side of her and has opened up about her love for her Labrador Retriever named Hachiko. 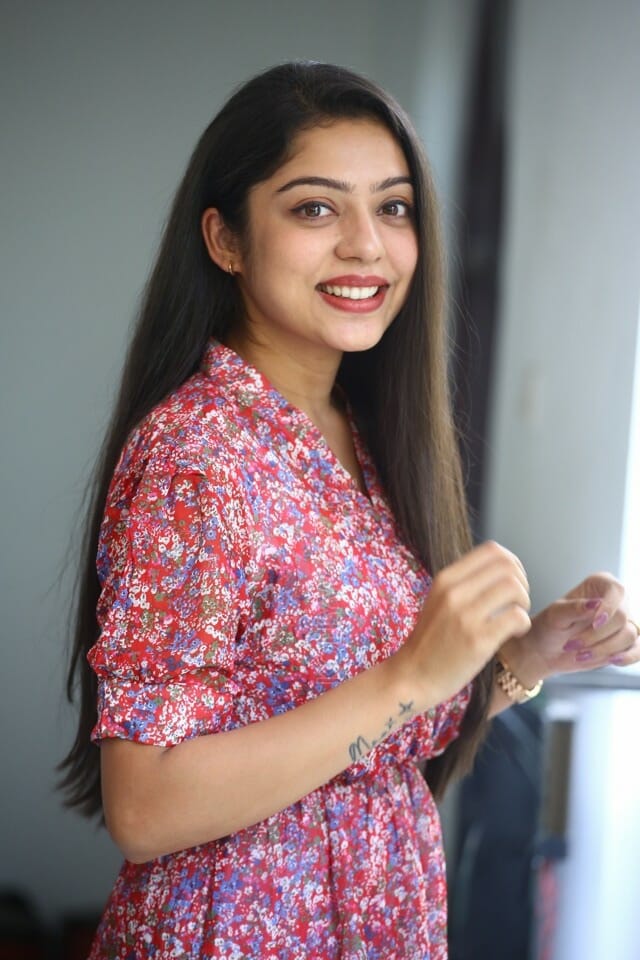 In a recent interview to a leading media house, the actress has expressed her love for animals. She opened up the interview on a funnier note by jovially stating her fear for dogs. Taking about it, the actress said, “If I stumbled up on a street dog anywhere on my way, without hesitation I would take an alternative route even if had to walk an extra mile. I was very scared of animals. But that equation completely changed when my Labrador Retriever Hachiko came home. The moment I saw him, I fell in love with him. Now I cannot be without him.” Explaining why he was named so, she stated, “As a child I watched a Japanese movie of the same name. The film is about the love of a dog for its parents. It is a heart wrenching story. I cried for hours after watching the film. The film kind of got embedded in my memory. When this little pup was brought home, memories of the dog from the film came rushing and I named him the same.”

Talking further, the actress stated that animals have a positive impact on us. “Animals have it in their nature to bring a positive change in us. Hachiko has made so much difference in my life. He is, in a way sort of a therapist. Being with him brings a lot of positivity. He is so naughty and very active. As Labrador slow down after 4 or 5 years, I just let him be naughty.” Talking about spending time with Hachiko in the lockdown, the actress said, “Having Hachiko around during the lockdown was a blessing for me. When I get home after shoot, he comes to the door with excitement wagging his tail and jumps up on me. Sometimes I wonder how many people would be as excited as him when they see me. It does hurt me to bid goodbye to him when I leave home for shoot.”

The actress who has sort of become a dog expert, said, “Dogs need a good level of exercise or they tend to get hyper active. So, just taking them for a walk is not enough. We need to play with them. if they drain enough amount of energy they will get to the calm state. Hachiko makes me play fetch with him and he makes be run like crazy,” ended the actress.

On the work front, the actress who had a release in Selfie recently is currently busy shooting for her next Telugu flick under the directorial of film maker Lakshman K Krishna in which she will be sharing the screen space with actor Ganesh Bellamkonda.

It’s going to be ‘Love Action Drama’ next...