AR Murugadoss and AR Rahman are the two super busy personalities in Tamil cinema, they both were have already worked together in the Hindi remake of Ghajini with Aamir Khan. Both ARs came together for the audio launch event of Kalaipuli S Thanu’s ‘Kanithan‘. 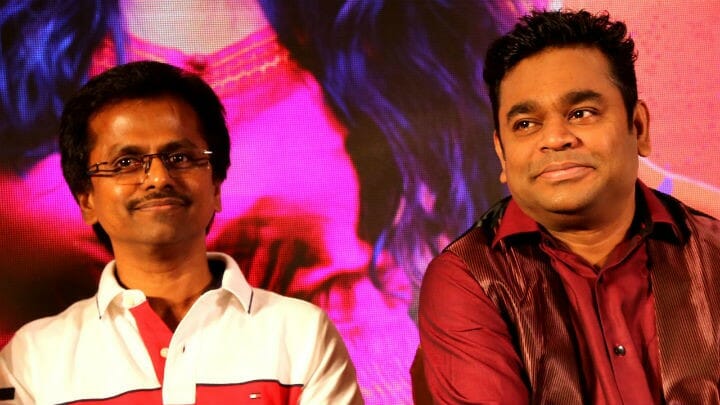 ‘Kanithan’ is the film which was directed by AR Murugadoss’ assistant TN Santhosh, Kanithan has Atharavaa Murali and Catherine Tresa in the lead roles.

The audio launch event of this film was happened yesterday at a famous star hotel in Chennai and fans are likely to gather to see both the star director and music composer sharing the stage. These two personalities made the stage beautiful by their awesome presence, Wish them Best wishes for their career.