Past couple of years has been a pitfall for actor Vimal as not even a single flick of his lasted in theaters more than a week. Even the actor’s last outing an adult comedy film Evanukku Engeyo Matcham Irukku starring Ashna Zaveri received poor reviews from the critics and its impact reflected in the box office as well. Recently, the actor faced a heavy set back as the release of his film Kalavani 2 had to be postponed due to financial issues after undergoing a legal battle. Now, the actor is said to have sorted out the issue that he had with the petitioner, Singaravelan of Sri Dhanalakshmi productions and has signed to do two films under his banner. Following which the barrier that was in front of the release of the sequel of Kalavani, has been dissolved. 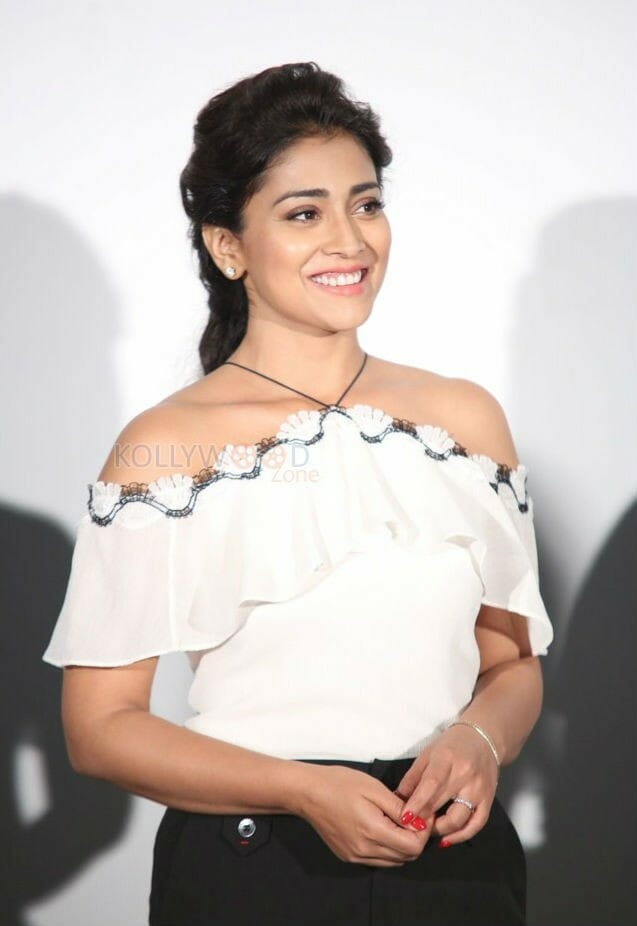 Now the actor has inked his signature for one more project in which he will be romancing super star’s heroine actress Shriya Saran. The film that is titled as Sandakaari will hit the screens under the directorial of director R Madhesh. The actress is said to play the character of an egotistical boss of actor Vimal. The actress, who was in rest for some time after her marriage with Andrei Koscheev, has once again decided to revive her acting career. The shooting for the film has already gone on floors with the first schedule of the shoot wrapped up recently. The production unit is currently working on the second schedule of the shoot which is set to go on floors at the end of next month in the rural regions of Tamil Nadu.

On the work front, even in spite of many difficulties and barrier to release his films actor Vimal has quite a number of films in his kitty. Apart from Sandakaari the actor has Kanni Raaasi which is set to be directed by Muthukumaran and will have actress Varalaxmi Sarathkumar as the female lead. Besides this project the actor also has Rendavathu Padam directed by C. S. Amudhan waiting for its release for a long time now.

On the other hand, actress Shriya Saran who has revived her acting career is currently gearing up for the release of her film Naragasooran directed by critically acclaimed director Karthick Naren. The actress also has a Hindi film Tadka that will be directed by veteran actor Prakash Raj, in her kitty.

The first look of ‘8 Thottakkal’ was released...

Vadivelu to work on Imsai Arasan 23am Pulikesi...