Director Rajesh once again delivers a mindless entertainer; well, we will have to reconsider using the word entertainer to address the film as the film makes you crawl out of the theaters in the end. Director Rajesh is quite known for his mindless masala films but at least those films lived up to its purpose of entertaining the audience. But Mr.Local makes you feel miserable even if you are a diehard fan of either one of the lead actors.

The film unwraps with Manohar (Sivakarthikeyan), in the Paris prison (for those of you who ask in a prison in Paris? yes, the director has a big twist for you in the climax). In the prison a group of inmates are playing football, many tries to score past a goal keeper who has the reflexes similar to that of David De Gea of Manchester United who keeps the ball away from entering the net. But when Manohar enters the pitch he becomes Simon Mignolet of Liverpool and allows him to score with an easy shoot. After which Manohar begins to narrate his story of ending up in Paris prison to the jail warden. 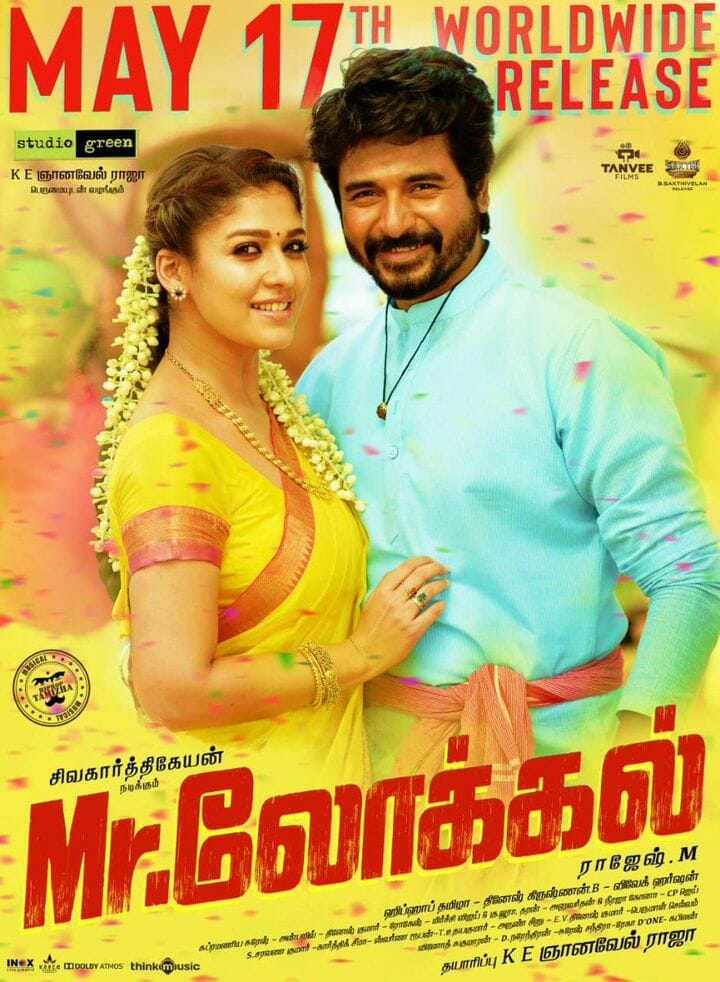 The story begins in India with Manohar, a care free youngster from a middle class family surprisingly is employed in Rajesh’s film (now we get why director Rajesh stated Mr. Local is just like SMS) as a salesman in a car show room. He leads a happy life with his friends (Yogi Babu, Robo Shankar and Sathish), his affectionate mother (Radhikaa Sarthkumar) and a sister (Harija).

One day he gets involved in a minor accident with rich and egoistical Keerthana Vasudevan (Nayanthara) Managing Director of KV Entertainments. It all starts from there in the name of rivalry when Manohar turns the table and humiliates Keerthana Vasudevan in the court. As an action of retaliation Keerthana ensures that Manohar loses his job. Following which there are some collection of silly fights between the two but gradually Manohar falls for Keerthana. Will he succeed in wooing her heart, is what makes the rest of the story.

Sivakarthikeyan, outshines the three comedians in the film single handedly, we are quite unsure whether this is a good or bad news for the film. It is a worrying factor to see Sivakarthikeyan even after attaining the tag of bankable hero of Tamil cinema, still use actors Ajith and Vijay to get some claps.

It is quite hard to believe after so many good films actress Nayanthara actually picked up a script like this, if at all there was one. There was nothing in the plot for the actress to perform. Director Rajesh’s claim of replacing the Santhanam factor with three comedians has failed desolately. It seems like there is no replacement for the Santhanam factor which weakens director Rajesh’s biggest strengths. Unless he makes a change in genre or come with an actually script, the director’s woes will further deepen.

In peak of his career, music director Hip Hop Tamizha with his lifeless music widens the hole in a sinking boat which was already widened by comedians Sathish, Yogi Babu and Robo Shankar with their soulless one liners.

On the whole, Mr.Local is a mind numbing film with hardly a story and merely a cluster of comical and illogical scenes put together in the name of a film.