Seems like a time of underdog films in Tamil cinema. Last month it was Kadaseela Biriyani, and Sivaranjiniyum Innum Sila Pengalum making noise in k-town. This month it is Anti Indian and Oomai Sennai that is striking the right chords in entertaining people. Actor Michael Thangadurai who came to the spotlight with his role as Michael Varadharaj in Kana Kaanum Kaalangal in Star Vijay is still a favorite among many 90’s kids. The actor who was last seen in Burma back in 2014 is back on screens after a long gap with Oomai Sennai. Big Boss fame actress Sanam Shetty essays the female lead role. Director Arjunan Ekalaivan has helmed the drama. So, how has Oomai Sennai come out? Is it solid enough to catapult actor Michael Thangadurai as a bankable hero in Tami cinema? To know that let us get in to the movie review. 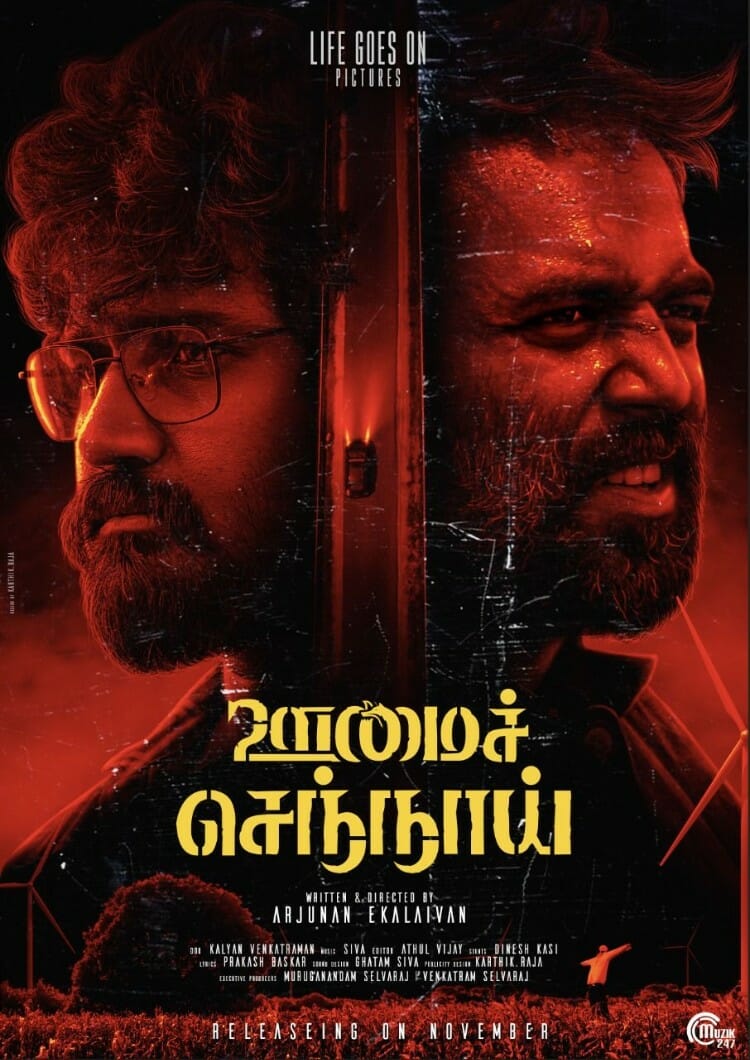 Oomai Sennai follows the events that are centered around Prabhakar (Michael Thangadurai), a man with a criminal past and a private detective Rathnam (Gajaraj). Rathnam has a cunning way of getting people to work for him. He is not interested in giving out call for hire advertisements to rope in people to run his detective business. He screens individuals who have gotten away with their crime and deploy them as an asset to solve his cases. Prabhakar is one such asset to him. Prabhakar is sick of working for the man. Even his girlfriend Amudha (Sanam Shetty) keeps nagging him to quit working for Rathnam and to take up a decent job. But he does it anyway because the latter has got records of his criminal past and uses that as a leverage to keep him running for him. At one point, Rathnam makes Prabhakar work on gathering evidence on an infidelity case. Their target is Azhagappan (Jaya Kumar).

Working this case pushes Prabhakar to the breaking point but before he decides to quit, he gets entangled in a clumsy and perilous situation that puts him in bed with covetous politicians, ruthless gangsters, and corrupt cops. Before he could even realize, things escalate and drags his girlfriend Amudha in to the game. Now her life is in danger. Will Prabhakar outdo all the monstrous men in the game and save his girlfriend’s life, is what makes the rest of the flick.

Director Arjunan Ekalaivan has come up with a simple yet interesting plot for Oomai Sennai. He backs his idea with his solid writing. The initial portions of the film move lethargically setting up the stage at its own pace. Once the stage is set it picks up pace and gets us hooked in to the narrative. Film maker Arjunan Ekalaivan makes up for the sluggish proceeding by steadily making us work our brains out. The drama, begin and proceed as a thriller gradually inclining its way in to the classic revenge zone. Story teller Arjunan Ekalaivan has worked out the amalgamation of these two elements in a fine manner. On the down side, we do not get to know more about the connection between the lead characters. They do not have much screen time together. So, when they root for each other, the fight seems forced.

It appears like story teller Arjunan Ekalaivan wanted to do a Hollywood-esque Tamil film. Even the way he has shaped the character of Michael Thangadurai is something that we are often used to seeing in the Hollywood dramas. A lead character that is emotionless, unexpressive, and objectively goes about their business. He is aware of the funds he is working with. But still goes for it. To support his vision, he plays around with the presentation. He does not want his visuals and the angles from which they are shot to be banal. The rapid growth of inexpensive drone shot technology has created space for film makers to experiment with visuals as well. He puts this to his advantage, and we see the aerial angle exercised in Oomai Sennai quite extensively. In fact, the film opens with the bird’s eye view drone shot giving us a beautiful view of the seaside. To be fair, given the budget director Arjunan Ekalaivan has done his best.

Actor Michael Thangadurai is solid as Prabhakar. He does not just sell Prabhakar effectively but brings in a special aura to the role. He just has little dialogues to mouth yet he scores well. Are film makers of Tamil cinema noticing him? Actress Sanam Shetty has bagged a decent part and has done justice to her role. Actor Gajaraj is effective as always. Actor Aroul D Shankar is adequate. The rest of the cast has delivered what was asked of them.

On the technical front, music director Siva’s songs add value to the film. Even his background score aids in setting up the mood. Cinematographer Kalyan Venkataraman have covered the drama from best angles possible. His camera work is one of the biggest strengths of the movie. Editor Athul Vijay has emphasized the work of his colleague with his sharp cuts. Also, his cuts make the best out of the stunt sequences involving quick moves. Stunt choreographer Dinesh Kasi deserves a mention for his effort to attempt something different.

On the whole, despite its minimal budget Oomai Sennai is a decent thriller with strong performances.