Some films give you a fresh cinematic experience; some give you an awful experience. Then there are movies that make you wonder how come they crossed the discussion stage to the materialization stage. Dhanusu Raasi Neyargale falls precisely at that category. At the time when actor Harish Kalyan has been gradually hiking above the ladder of being a lead hero with his own market, comes an unnecessary drama to nullify the image that he had earned through his previous flicks Pyaar Prema Kaadhal and Ispade Rajavum Idhaya Raniyum. Filmmaker Sanjay Bharathi’s venture in to the Tamil cinema industry unfortunately has an aching effect on the audience. 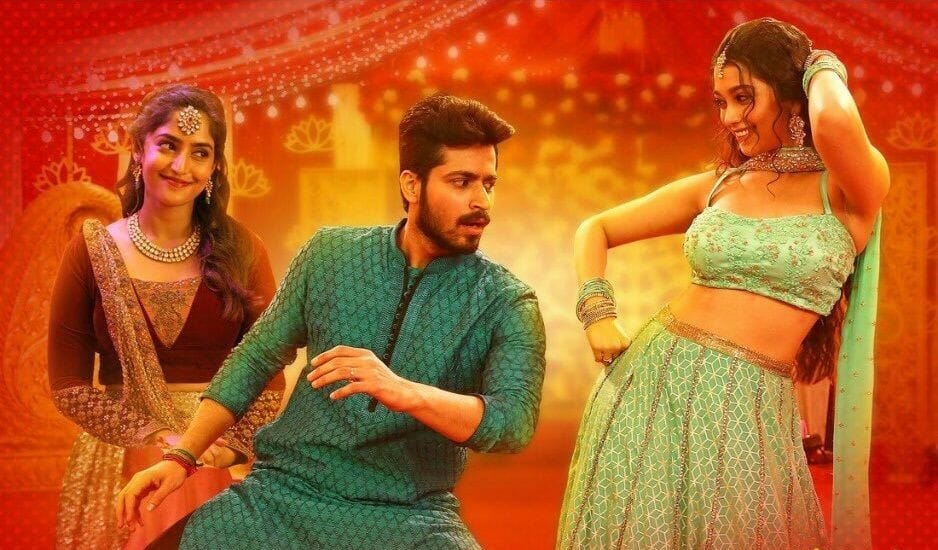 Arjun (Harish Kalyan) is a youngster with astrology obsession who lives with his mother (Renuka) and maternal uncle (Munishkanth). His obsession over his astrology beliefs goes to the extent that he needs to check the time before stepping out of his house to make sure that he is not leaving the house at ‘raagu kaalam’. In other words he needs astrology to even carry on with his day to day activities. His astrology obsession has no boundaries and causes more trouble when it acts as a hindrance to get him a life partner. An astrologer named Thirumananda (Pandiyaraj) suggests him to marry a woman from another state and puts down a condition that the girl should be of Virgo star (Kanni Raasi). With this in mind Arjun begins his matrimonial hunt only to find disappointment in the end. Not that Arjun is not good or shy in talking to a woman, in fact he has an ex girlfriend and has a girl who loves him one sided. The problem lies in finding a woman who is a Virgo.

Meanwhile he attends the marriage of his ex Anitha (Reba Monica John) where he comes across Anitha’s friend K. R. Vijaya (Digangana Suryavanshi). Yeah, you read that right, probably, a deliberate way to tell us that it is an outdated script. Vijaya is totally contrast to what Arjun is and believes yet she falls for his ludicrousness, something that happens only in Tamil cinema. She is an aspiring scientist who is about to leave to mars to study about the planet. They meet in the marriage and end up having a one night stand. After which Arjun casually apologizes to her and they decide to move on with their lives. But both of them feel that there is a connection between them. And Arjun after double checking that she is a Virgo decides to fix her as his life partner. Vijaya is now put in a dilemmatic situation as to whether pursue her dream or to give up her dream to be with Arjun. At these times there will be people who offer their unasked counseling in what to do with our life and for Vijaya the counseling comes in the form of Anitha. Will Vijaya give up on her dream to be with Arjun or will she break her chains and carry on with her dream is what makes the rest of the movie.

The very knot or message that the film intends to deliver is something clearly an outdated clause. And ignites the long standing debate whether if one should give up on their dream to be in a relationship? Perhaps, that is why in the case of Dhanusu Raasi Neyargalae we get a bizarre mission ‘a one way trip to mars’ which would keep both Arjun and Vijaya apart forever. But is this a fair patch to the bleeding wound, absolutely not. The one line of the film might get many interested but it is not what you get in the whole package. The film lacks a core philosophy, on which it wants to journey, and shifts tracks as it wants from one to another and so are its characters. Sample this. Arjun’s ex Anitha who tells Vijaya at the beginning that a relationship with Arjun is not going to work, at the end encourages her to sacrifice her dream in order to end up with him.

Actor Harish Kalyan has delivered what was required for the entertainer. By the actor’s choice of films he desperately seems to be in a mission to get in to the chocolate boy image. Something actors like Madhavan, Surya worked too hard to break from. The rest of the cast were seems clueless just are the purpose of the film.

Director Sanjay Bharathi has managed to get an interesting one line of putting two contrasting characters together. But the problem lies with the story development, execution, and also casting. In times when film makers of Tamil cinema are making desperate attempts to deliver quality content Dhanusu Raasi Neyargale comes as a reminder that it is not going to be easy for them.

On the whole, Dhanusu Raasi Neyargalae is a wasted attempt despite its interesting plot line.