Thani Oruvan is one of its kind flicks of Tamil cinema which registered highest foot falls in theaters than rest of the Jayam Ravi’s flicks. It also aided to obliterate the name ‘Remake brothers’ that the brothers had acquired in Tamil film industry before the film. From the time when the director announced that there will be a sequel to the flick, the fans of the cult film are very curious about even a tiny nano speck of development on the film. Even since the director wrapped up the works of Velaikkaran the fans began to bombard Raja about the updates on the sequel of Thani Oruvan on his social media accounts. 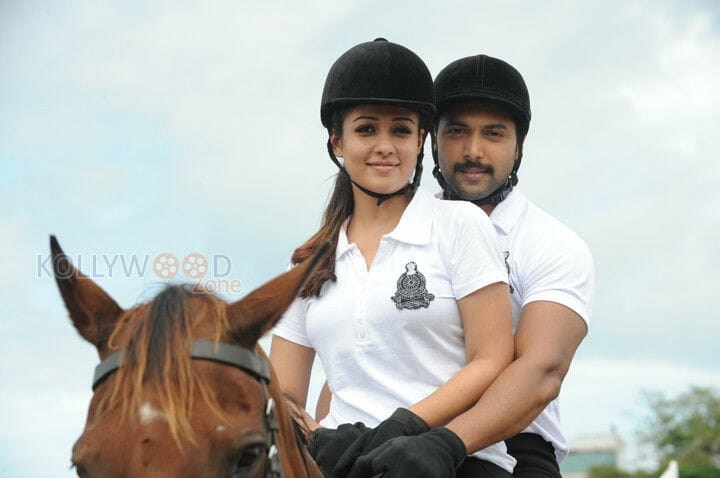 Director Ram was one of the early birds to express his appreciation for Raja’s decision to make a sequel of the hit version. It is quite known news that the director along with his team has been working hard for the past half year on finalizing the final version of the script. Like his first version of Thani Oruvan even for this flick the film maker has deployed a business analytic firm to aid him and his team in crafting an unblemished script. Now we have an interesting update on the flick.

According to a source close to the director, “AGS Entertainment is very determined to bankroll the sequel as well and is not willing to let go of the rights of what might turn out to a block buster series, at any cost. They are in touch with the director and are in constant enquiry about the development of the script. The project might go on floors by the end of the year as the script in almost done and is at its final stage. Once the director finalizes the script the project will go on floors immediately as the production house is keener than the director about the flick.” AGS Entertainment has a policy of taking one project at a time. They are currently busy with their upcoming Thalapathy Vijay’s untitled sports drama with Atlee. The shooting of the sports drama is in its final stages, after wrapping up the shoot the production house will totally focus on Thani Oruvan 2.

Recently speaking about the project, the director expressed his confidence about the flick. The director was quoted, “Thani Oruvan 2 will be the best version of myself and I am thriving hard to give the maximum of what I have got. I do not want to disappoint the audience by any means. We have implanted a novella concept. I am very confident that Thani Oruvan 2 will double up what they experienced in Thani Oruvan. All I can say for now is that there will be many surprises,” concluded the film maker. We cannot wait to see what kind of surprises the sequel encompasses.