Sunny Leone, the promising actress, who has already established herself in the Bollywood film industry, is taking her steps in Kollywood film industry. A source has reported that the actress has signed in a Tamil film, which has been titled as Veeramadevi and is directed by V. C. Vadivudaiyan. Sunny Leone has delivered a video to gear up her fans, which is related to the movie. The story of this film is based on the period of Cholas. In this movie Sunny has acted in the titled role, Veeramadevi, a popular warrior of Chola period. 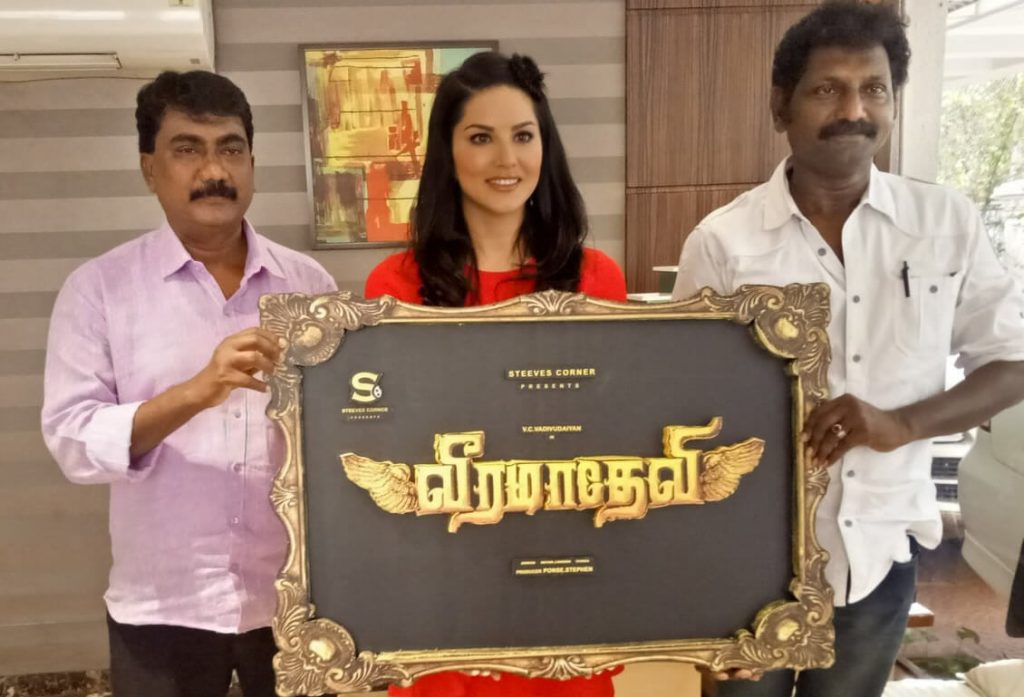 To play this role, the actress has to take the training in martial arts, sword fighting and horse riding by a trainer, who is coming from Mumbai. It has been declared by the director of the movie that Sunny Leone is waiting with excitement for releasing this movie because this is the first experience to her career to act in role of a warrior, which portrays a strong and independent woman. It also has been reported by the sources that they have the plan to release the film in different languages like: Tamil, Telugu, Kannada, Malayalam and Hindi. It has been planned that the shooting of the first schedule will start from the month of January, 2018.