Home Kollywood News Vishnu Vishal and Amala Paul team up for a project once again!

Actors Vishnu Vishal and Amala Paul were seen together lastly in the psychological thriller film Ratsasan which hit the screens under the directorial of story teller Ram Kumar. The film was a big break for both the actors who have signed a number of flicks following the mega success of the project. The actors have also been good friends and support one another in need. Recently, we saw actor Vishnu Vishal extend his support for the actress when she claimed that she was thrown out of Vijay Sethupathi’s film. Now the duo is once again set to team up for a project. 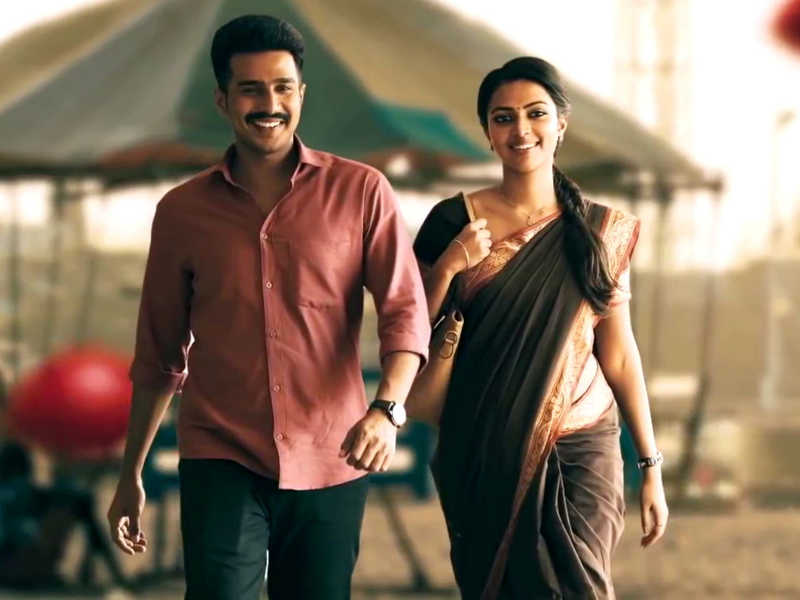 Nani’s Jersey was not just the talk of the town but talk of the country when it hit the screens. The success of the flick attracted a lot of attention towards it which lead Bollywood producer Karan Johar claim the rights of the drama to remake it in Hindi. Now according to reports the movie is set to be remade in Tamil with actor Vishnu Vishal and Amala Paul in the lead roles. The sports entertainer is set to be directed by Nelson Venkatesan of Monster fame. Baahubali villain, the dashing actor Rana Daggubati is set to debut as a Tamil producer through the flick.

According to a source close story teller, “Actors Vishnu Vishal and Amala Paul will be teaming up for the remake of super hit Telugu movie Jersey where actor Vishnu is set to reprise the role of Nani while Amala Paul will be reprising Shraddha Srinath’s. The motion picture will be bankrolled by Rana Daggubati. The actress is yet to ink her signature for the project but has given a green signal to star in it. An official confirmation will be made soon once she inks her signature for the entertainer. If everything goes as planned we will begin shooting for the drama from October.”

This is definitely a great news for the actor as well as for his fans who would love to see the pair coming together again. The drama is about a cricketer who quits the sport due to some reasons at a young age decides to make a comeback in to the sport in his late thirties driven by the desire to represent the Indian national cricket team and also to fulfil his son’s wish for a Jersey as a gift. We will have to wait to see whether the Tamil version replicates the success that the Telugu version attained.

On the professional front, the actor will next be seen on screens in the multi lingual project Kaadan directed by Prabhu Solomon in which he has costarred with Rana Daggubati. The actor is currently busy shooting for Jagajala Killadi which is directed by Ezhil. Beside this the actor has an untitled sports drama under the directorial of Vikranth’s brother Sanjeev of Thaaka Thaaka fame which will have him and Vikranth in the lead roles. Apart from these projects the actor also has the sequel of his hit science fiction movie Indru Netru Naalai in his Pipeline. On the other hand, actress Amala Paul who was last seen in Aadai is gearing up for the release of his next film Adho Andha Paravai Pola.

Ajith Kumar’s Thunivu Will Be A Game Of...