It has been reported that Mirchi Shiva starrer Thamizh padam 2 has been scheduled as a July 12 release. Tamizh padam is a 2010 flick which had a song with the lyric meaning 2011 is in our hands, referring to the elections. It had been the first spoof movie of Tamil cinema. trolling almost every tamil film and the cliches of the industry. 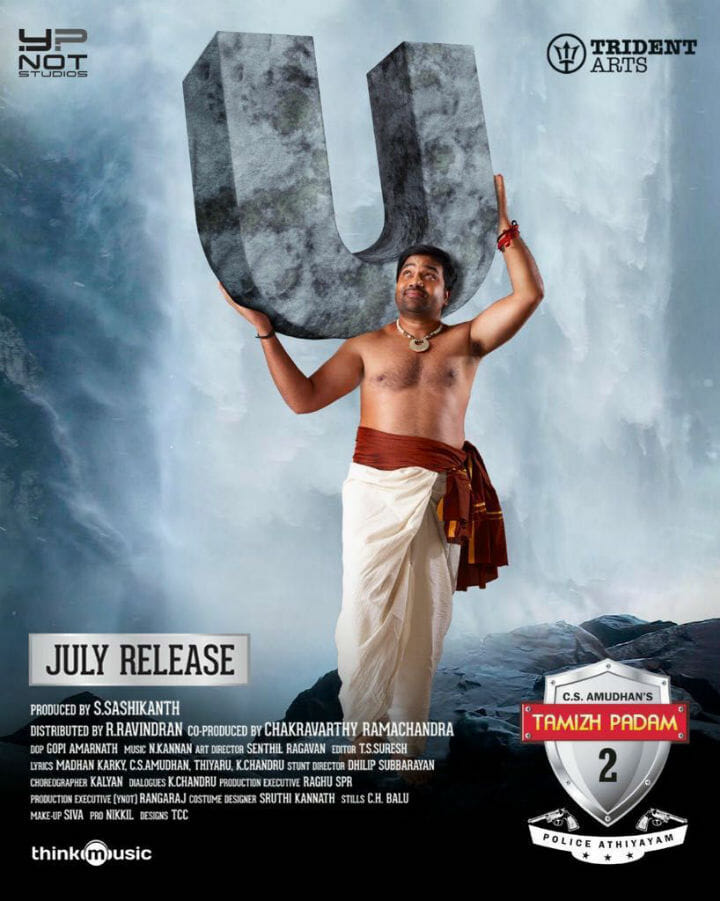 As fans were badly waiting to see if the movie would ever get a sequel. now Tamizh padam 2 is all set to release , and this movie is also directed by CS AMudhan who had made the first part. Right from the first look poster that trolled the then chief minister O Panneerselvam doing meditation before late CM Jayalalitha’s memorial, which became a huge hit, Tamil padam 2 has been carrying signs of success.

The latest promo video rolling 24 movie Suriya, with a character telling Basically am a watch mechanic, has also become viral. Besides, the team has also spoofed poses of Superstar Rajnikanth’s Kaala and Baahubali as well. Even the tweets of producer Shashikanth and CS AMudhan are used as promotional materials for the movie. Recently Amudhan had tweeted asking Shashikanth what’s his plans for 12th early morning, and Shashikanth responded he’s free, following which Amudan asked, are you interested to watch a movie, following which he had also revealed that an exciting movie is coming, indirectly revealing that Tamizh Padam 2 is releasing on July 12.