Director CS Amudhan of Tamizh Padam series has been a very mischievous and naughty guy. Tamizh padam 2, the sequel to his 2010 spoof flick , starring Mirchi Shiva, Iswarya Menon is all set to release worldwide on July 12. The movie has been receiving huge response at the ticket bookings, and in a new high, for the first time in his career, Shiva has been having shows as early as 5 AM in Chennai city. In such a scenario, Amudhan has been trolling one or the other person on a daily basis to promote Tamizh padam 2. 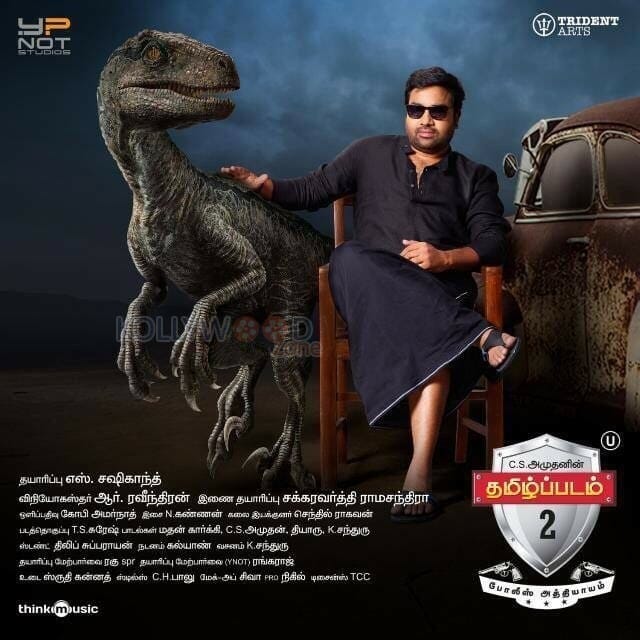 While two days back he had posted a Chinna Gounder Vijayakanth – Manorama inspired poster, A Kaala – Jurassic world theme poster, etc, yesterday he had posted an ultimate poster trolling the movie Sarkar, to announce the release date. Besides, recently director Venkat Prabhu had tweeted that the tile announcement of his next with Simbu will be made on July 10, and Amudhan, responding to the tweet, mentioned Thank you Sir, indirectly meaning that he’s gonna troll it.

Venkat Prabhu had taken it sportive and had replied “He he he he Dheivamey” (God), and later Amudhan had congratulated Venkat for the announcement as well. One can expect a troll of the upcoming Simbu – Venkat Prabhu movie title today as well . It must be noted that during the release of Tamizh Padam first part, Venkat Prabhu’s Goa had released the same day, and both the movies were warring against each other with posters trolling each other.