Actor Vijay Sethupathi is one of few actors who do not hesitate to experiment in Tamil cinema. It is his willingness to experiment that has kept him a busy man in South Indian cinema. The Soodhu Kavvum star is always on wheels travelling between multiple projects across different languages. The actor who had a release in Kadaisi Vivasayi last month is getting ready for the release of his much-awaited romance drama Kaathuvaakula Rendu Kaadhal that is all set to hit the theaters on 28th of this month. The film is helmed by storyteller Vignesh Shivan. In the love triangle drama, the actor will be romancing actresses Samantha Ruth Prabhu and Nayanthara. Now, we have exciting news about the actor’s next project. 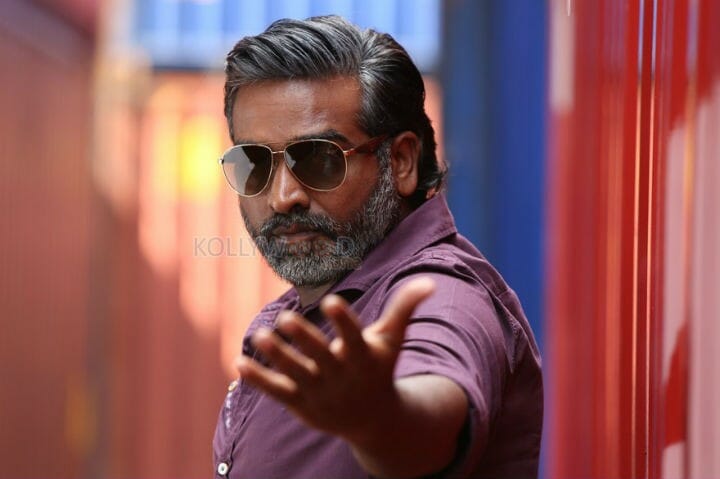 There is speculation around town that actor Vijay Sethupathi will be teaming up with film maker Thiagarajan Kumararaja for his next project. It is said that the flick will have the actor essaying dual roles. An official announcement regarding the project is expected to be made soon. This is definitely great news for cinephiles in the state. As both the actor and filmmaker just love to experiment with every flick. The duo first came together for the project Super Deluxe in the year 2019. The film had actors Vijay Sethupathi, Fahadh Faasil, Ramya Krishnan, and Samantha Ruth Prabhu in vital roles. Actor Vijay Sethupathi essayed the role of a transwoman in the flick. The venture garnered critical acclamations from the audience and critics alike. Unfortunately, it did not do well in the box office. But actor Vijay Sethupathi bagged the national award for best supporting actor for his performance in the flick and the film ended up winning many accolades in several film festivals across the globe.

Director Thiagarajan Kumararaja ventured into Tamil cinema after a long spree as an ad film maker with his neo noir gangster drama Aaranya Kaandam which was released in the year 2011. He got the attention of the audience right away in his very first entertainer. While the audience were eagerly anticipating his next work the director took nearly 8 years to make his sophomore flick Super Deluxe. But this time around he has gotten a little faster to build the plot of his next movie. If the reports are to be believed it will be an interesting drama for sure.

On the work front, actor Vijay Sethupathi who was last seen on screens in Kadaisi Vivasayi is currently busy shooting for his next Tamil drama titled Viduthalai directed by storyteller Vetrimaaran in which he will be sharing the screen space with actor Soori. He is also busy shooting for his Hindi ventures titled Mumbaikar helmed by director Santhosh Sivan, Gandhi Talks directed by Kishor Pandurang Belekar, and Merry Christmas. Apart from these projects, the actor will have back-to-back releases in the likes of Kaathuvaakula Rendu Kaadhal, Vikram directed by Lokesh Kanagaraj in which he will be seen alongside Fahadh Faasil, and Kamal Haasan, and his Malayalam film 19 (1) (a).

Mani Ratnam’s Ponniyin Selvan To Get a Release...