Nalan Kumarasamy, the mechanical engineer turned director who began his journey from Naalaya Iyakunar garnered the attention of Tamil cinema audience in his very first feature film Soodhu Kavvum which hit the screens starring Vijay Sethupathi and Sanchita Shetty in the lead roles. The dark comedy entertainer became a cult film of Tamil cinema and received a lot of appreciation from the critics in the industry. Following the success of the venture the director again collaborated with actor Vijay Sethupathi for Kadhalum Kadandhu Pogum, an official remake of Korean drama My Dear Desperado, which also was a commercial success and received critically acclamation for its film making style. 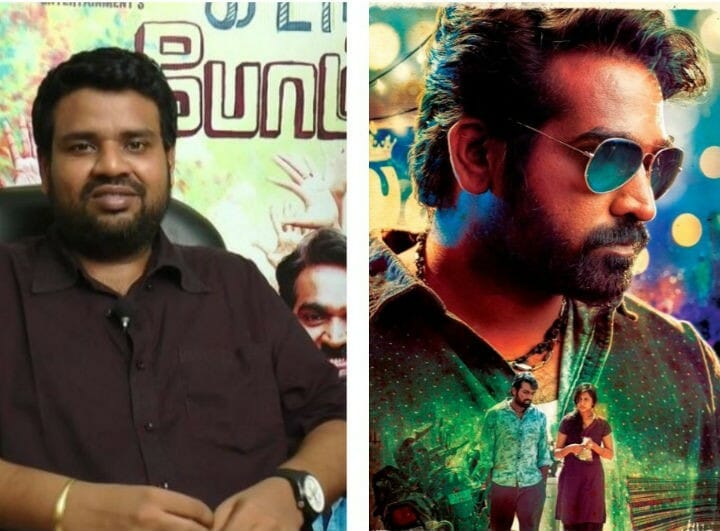 Now we have an interesting update on the director’s next project. The director who was busy working for other directors has finally locked a script for himself. The director is ready with his script and will soon be directing his third project. According to a source close to the film maker, “Our director has completed the script and has finalized it. He is currently in the hunt for a producer and is making attempts to catch up with few producers. Once we get a producer the cast and crew that will be part of the project will be finalized and an official announcement on the same will be made.”

On the other hand, there are heavy speculations that actor Vijay Sethupathi will be teaming up with the director successively for the third time in a row as the director has a good rapport with the actor. Well, if this report is to be believed then it is an amazing news not only for the fans of the actor but also for the movie buffs in the state. There are also speculations that K. E. Gnanavel Raja of Studio Green will be bankrolling the movie and either Surya or his brother Karthi will be playing the lead role. We will have to wait for the time being to see how the director takes forward his project.

The director has directed only two flicks but he has been around for a long time now. He is a creator whom you put in the list of makers who prefer quality over quantity. Both his directorial ventures have earned him a credible name as a fresh content film maker. The director in the long gap had assisted his fellow director Thiyagarajan Kumararaja by shaping up the screenplay of Super Deluxe along with writers Mysskin and Neelan K Sekar. The flick that had actors Vijay Sethupathi, Samantha Akkineini, Mysskin and Fahadh Faasil opened to raving positive reviews but the positive reviews did not reflect at the box office.