It is talk of Aadai everywhere on social media. The publicity and attention around the flick seems to be very difficult to put off. Ever since the first look poster of the film hit the social media, the attention towards the picture seems to be overwhelming. The first look poster turned many heads as actress Amala Paul was seen weeping and bleeding with torn cloths in the poster which paved way for a huge controversy. Followed by the teaser launched by Bollywood producer and film maker Karan Johar, and trailer by ace director Anurag Kashyap created unrest on social media. The build up for the venture has got many mouths talking about the adult drama which in turn has garnered more than enough attention to up the anticipation level for the venture. 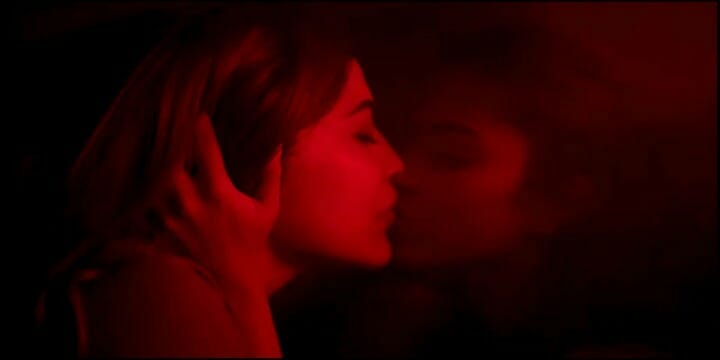 Now, a video from the trailer has gone viral. In the video actress Amala Paul is seen sharing a passionate lip lock kiss with VJ Ramya, which has further stirred the controversy in the state and has shocked everyone. The actress received a lot of appreciation from her colleagues for her bold and brave attempt in Aadai. Now the trailer giving us a glimpse of the actress’s lesbian relationship with VJ Ramya has garnered the attention of many people, particularly the youths in the state. While a sector extended their support to actress Amala Paul and VJ Ramya for their braveness, the video did not incite the same reaction in the other camp and they have tagged the video to be disturbing and as a threat to tradition.

Earlier, speaking to a leading daily about her nude scene in the venture, the actress stated, “I asked director Rathna Kumar to not worry about the scene but when we were about to shoot the scene I was feeling a bit stressed. I was too anxious about how we are going to shoot the scene and who will be present during the shoot. There were only 15 people on set while we shot the scene and I would have not done it if I had not trusted my crew,” concluded the actress.

In the adult drama actress Amala Paul is set to essay a role of a bold woman named Kamini. Apart from actress Amala Paul, the casting of the film includes Ramya Subramanian, Adiraj, and Vivek Prasanna in various other supporting roles. The music for the film will be composed by Pradeep Kumar. The flick is bankrolled by Viji Subramaniyan under his home banner V Studios. Though the actress is basking in the success of the psychological thriller Ratsasan, much depends on the success of this flick for the actress as she is trying to establish a market for herself as solo lead heroine. Being a women centric film it has made the fans of the actress quite curious as well as animated.

On the work front, the actress has recently wrapped up the shooting of her another women centric action thriller film Adho Andha Paravai Pola under the directorial of film maker Vinoth K. R. Apart from these flicks, the actress has two Malayalam films titled Aadujeevitham and Parannu Parannu in her pipeline.