The gorgeous dusky beauty actress Amala Paul manages to stay in the news some or the other way. Right from her debut in Kollywood which happened through the adult film Sindhu Samaveli, the actress is always embroiled in controversies. Everything she does including her purchase of possessions, marriage, divorce, her steamy photos on her Instagram account, absolutely everything action of her draws a lot of attention and in turn creates a sky rocketing buzz on the internet. Now again the actress is back on the news for her film Aadai which was recently sent to the censor board for certification. 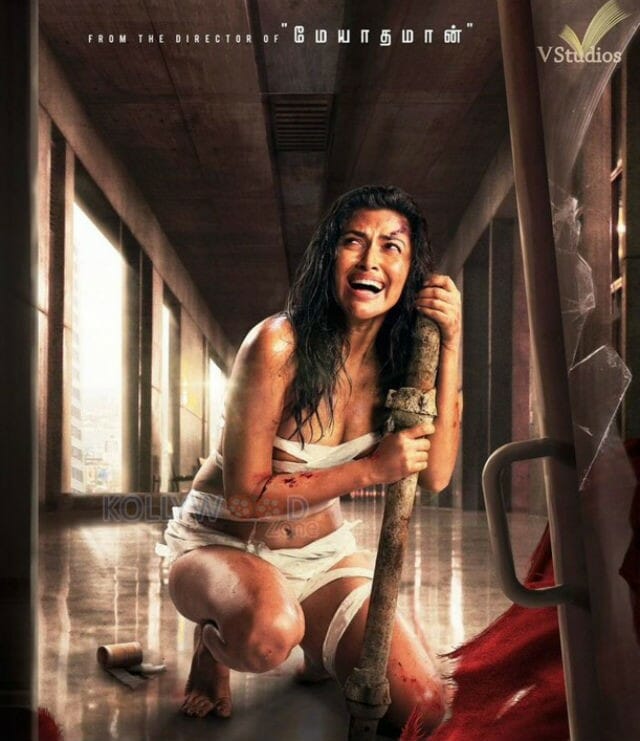 The actress who was last seen in the super hit block buster film Ratsasan against actor Vishnu Vishal recently wrapped up the shooting for her film Aadai. The film which was sent to the censor board after the post production works has now returned with a certificate. The censor board has bestowed an A certificate on the crime thriller flick. Given the first look poster of the film, an A certificate is not a surprise package. The film is scripted and directed by Rathna Kumar, who directed the sleeper hit flick Meyaadha Maan.

The first look poster of the film turned many heads as actress Amala Paul was seen crying and bleeding with torn cloths in the poster which paved way for a huge controversy. Now, the adult’s only certificate has again fueled up the heat. However, these controversies around the film have ensured to garner all the necessary attention and made the promotion tasks easier for the production unit. The crime thriller drama is expected to hit the screens in the month of July.

In the film actress Amala Paul will be seen in the role of a bold woman named Kamini. Apart from the actress the film has, the internet sensation Bijili Ramesh in a supporting role. The music for the film will be composed by Pradeep Kumar. Cinematographer Vijay Karthik Kanna has cranked the camera for the film. The flick is bankrolled by Viji Subramaniyan under his home banner V Studios. Though the actress is fresh from the success of her previous film Ratsasan, much depends on the success of this flick for the actress as she is trying to establish a market for herself. Being a women centric film it has made the fans of the actress quite curious as well as animated.

On the work front, the actress has recently wrapped up the shooting of her another women centric action thriller film Adho Andha Paravai Pola under the directorial of film maker Vinoth K. R. The film also has actors Ashish Vidyarthi and Samir Kochhar in the supporting roles. The actress will be turning producer this year as she has decided to bankroll her Malayalam film Cadavar in which she will be seen in the lead role. Apart from these flicks, the actress has two Malayalam films titled Aadujeevitham and Parannu Parannu in her pipeline.