Versatile actor of Tamil cinema Chiyaan Vikram who is known for his hard work was last seen on screens in the action thriller flick Kadaram Kondan which hit the theaters under the directorial of director Rajesh M Selva. The venture garnered negative reviews from the critics in the industry as well as from the audience and as a result of which it did not do well in the box office as expected. But the actor has moved on from it and is currently gearing up to begin shooting for his next action entertainer which will be helmed by Ajay Gnanamuthu of Demonte Colony and Imaikka Nodigal fame. Now, we have an important piece of information about the project. 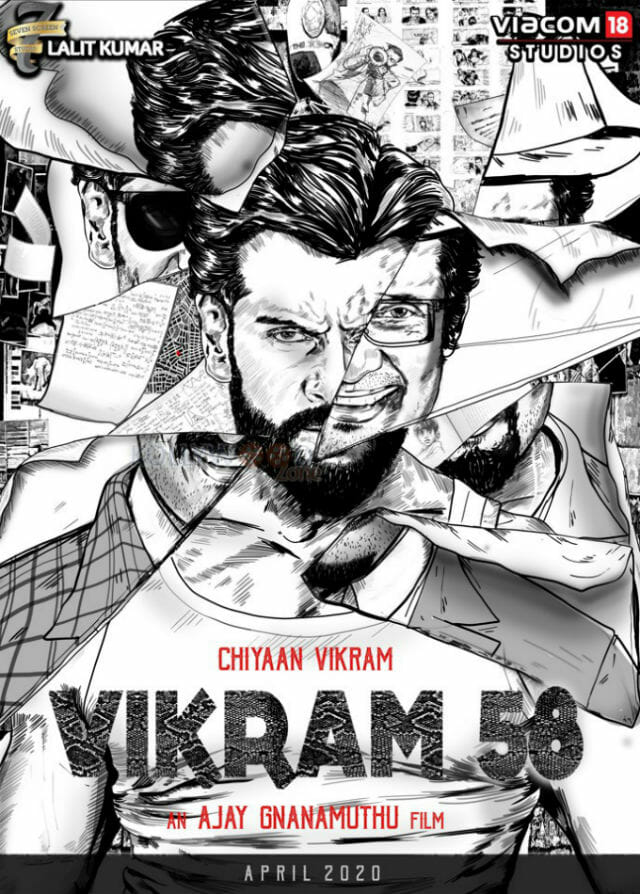 We had earlier reported that the project which was on and off for nearly a period of two years will be going on floors in September. Now we have the date on which the unit is set to begin shooting for the drama. We have reports coming in that the flick will go on floors on 21st of this month. According to a source close to the story teller, ‘Actor Vikram sir’s project with director Ajay Gnanamuthu will go on floors from 21st of this month. The project will take off with a formal pooja in Chennai. The production unit is on plans to release the flick on April 2020.’ The first look poster of the flick which was unveiled on social media some time ago had a good reception among the audience.

Actress Priya Bhavani Shankar will be romancing actor Vikram in the entertainer. The film is most likely to have an antagonist from Bollywood as we hear that the director is keen to rope in a Bollywood artist. This seems to be the success effect of Anurag Kashyap, the critically acclaimed Bollywood director who played the villain in the director’s previous film Imaikkaa Nodigal. The flick is set to hit the screens as a multi lingual project in Tamil, Telugu and Hindi. The music for the movie will be composed by the Oscar winner A. R. Rahman. The cinematography department of the film has been handed over to Sivakumar Vijayan. The motion picture will be bankrolled by Lalit Kumar under the banner Seven Screen Studio partnering with Viacom 18 Studios. The critical acclamation as well as the commercial success of director Ajay Gnanamuthu’s Demonte Colony and Imaikka Nodigal have set a huge expectation level on this project. We will have to wait to see whether the story teller manages to impresses the audience once again.

On the professional front, actor Vikram who was last seen in the action entertainer Kadaram Kondan will be next seen on screens in the trilogy spy thriller drama Dhruva Natchathiram which is helmed by director Gautham Vasudev Menon in which he will be sharing the screen space with Simran, R. Parthiepan, Ritu Varma, Aishwarya Rajesh, Raadhika Sarathkumar, and Dhivyadharshini. Apart from this flick the actor has the Magnum opus Ponniyin Selvan that will be directed by ace director Mani Ratnam. Besides this movie the actor has Mahavir Karna which will be bankrolled by director Karan Johar under his home banner Dharma Productions in his kitty.

Mani Ratnam pays a visit to the sets...

Actor Sibi Sathyaraj’s next film gets an interesting...

Vishal’s Laththi Teaser To Be Unveiled On This...