Finally it is good news for actor Arya who has been craving to deliver a solid hit flick under his name. The actor meet the audience this weekend with his crime thriller Magamuni which hit the theaters under the direction of story teller Santha Kumar in which he had shared the screen space with actors Indhuja Ravichandran, Mahima Nambiar, Kaali Venkat, Jayaprakash, Aruldoss, and G. M. Sundar. Now we have news coming in that the venture has opened up to a good box office collection. 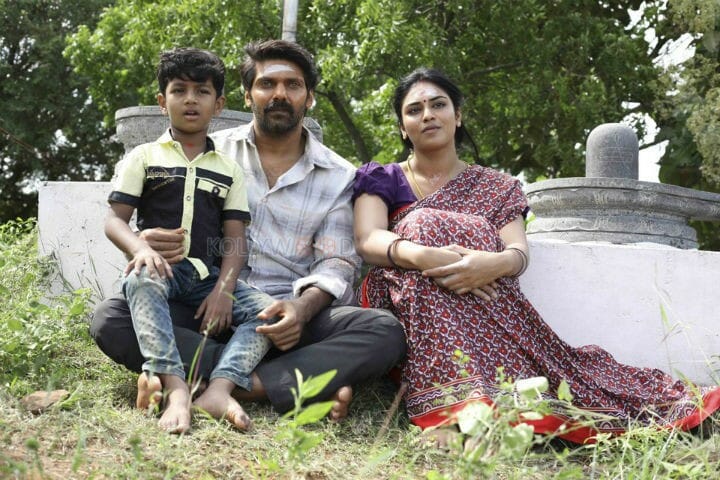 The project which hit the screens after a lot of commercial tussle opened up to positive reviews from the critics in the industry as well as from the cinema goers in the state and is said to be doing well in terms of commercial business throughout Tamil Nadu. The entertainer which was bankrolled by K. E. Gnanavel Raja under the banner Studio Green is said to have grossed a sum of 4.2 crores in its opening weekend in Tamil Nadu which is said to be an average opening collection in today’s market. The newly married actor is said to be in good spirits because of the response that the entertainer has enjoyed in the state. Why would the star not be as Magamuni happens to be the first project after his marriage with actress Sayyeshaa and the very first movie after his marriage has brought him the much need success that he was longing for.

Meanwhile, the much anticipated multi starrer action family drama helmed by director Sasi, Sivappu Manjal Pachai which hit the theaters with actors Siddharth and G. V. Prakash Kumar in the lead  roles is said to have grossed a total sum of 3.5 crores in its opening weekend and takes the second spot in the box office collection race. While, the horror comedy entertainer Zombie which had comedian Yogi Babu, Yashika Aannand, Gopi, and Sudhakar in the lead roles is said to have faced a disaster in the box office with grossing a total sum of 1.1 crores on its opening weekend. The poor reviews from the critics in the industry along with poor word of mouth from the audience for its bad content is said to be the cause of the disaster.

On the professional front, the actor is currently gearing up for the release of his multi starrer film Kaappaan slated to hit the theaters on 20th of this month which is helmed by story teller K. V. Anand in which the actor will be seen alongside with actors Surya and Mollywood Super star Mohanlal. Apart from this movie the actor also has Teddy which will be directed by film maker Shakti Soundar Rajan of Miruthan fame, in which he will be romancing his wife Sayyeshaa once again. Besides these movies, the actor also has Santhana Devan and 3 Dev in his kitty.