Actor Vijay Antony is in a bit of a rough phase in his career for the past couple of years. For nearly four years, the Thimiru Pudichavan actor has had only two releases in the likes of Kolaigaran, and Kodiyil Oruvan. However, he has quite a few projects lined up in his pipeline to bounce back. The actor had a last outing in the political thriller Kodiyil Oruvan which hit the screens under the direction of Ananda Krishanan with actress Aathmika in the female lead. The entertainer failed to garner the attention of the audience. Now, the Naan actor has teamed up with filmmaker Suseenthiran for his next project christened Valli Mayil which is touted to be a rural drama. Actress Faria Abdullah will be playing the female lead role. The project went on floors last month with a small pooja ceremony. The team has just wrapped the first schedule of shoot which was underway in and around the surroundings of Dindigul including Kodaikanal, Theni, Karaikudi, and Palani. The team will soon begin shooting for the second schedule.

In the meantime, actor Vijay Antony celebrated his birthday recently. The production house shared a poster from the movie on the occasion to wish the actor. Taking to their official twitter handle, the production unit shared a poster from the film, and wrote, ‘Team Valli Mayil wishing our hero Vijay Antony a Happy Birthday.’ Here is the post made by the banner house. 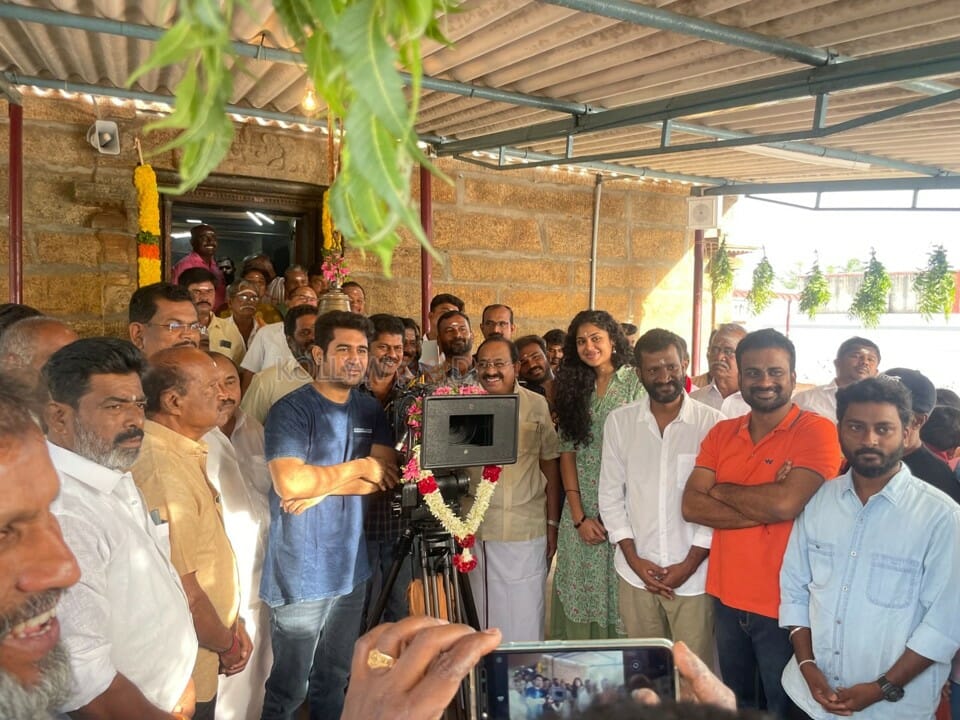 The poster has the back posture of a woman, and actor Vijay Antony donning khaki with a blazing fire in the background. It is said that the movie is set in the backdrop of the 1980’s and has a connection to the Tamil god Murugan. There are reports that the production house is in plan to launch the drama as a pan Indian film in languages Tamil, Malayalam, Telugu, Kannada, and Hindi. Apart from actors Vijay Antony and Faria Abdullah, the casting of the drama has actors Sathyaraj, Bharathi Raja, Sunil, G. P. Muthu, Thambi Ramiah, Redin Kingsley, Singam Puli, Manisha Yadav, and Aranthangi Nisha portraying various other supporting parts. The music for the entertainer is composed by music director D. Imman. The cinematography department of the movie has been handled by cinematographer Vijay K Chakravarthy. The editing division of the project is handed over to editor Antony. The venture is produced by Thai Saravanan D. N for the production house Nallusamy Pictures.

On the work front, actor Vijay Antony who was last seen on screens in Kodiyil Oruvan is currently busy shooting for the sequel of his blockbuster film Pichaikkaran under his own direction with actress Kavya Thapar playing the female lead part, for Mazhai Pidikatha Manithan under the directorial of filmmaker Vijay Milton in which he will be seen alongside with actress Megha Akash, for Ratham helmed by filmmaker C. S. Amudhan in which he will be romancing actresses Mahima Nambiar, Remya Nambeesan, Nandita Swetha, and for Kolai scripted by storyteller Balaji Kumar. Apart from these flicks, he has Thamezharasan filmed by filmmaker Babu Yogeswaran, Agni Siragugal scripted by storyteller Navven in which he has shared the screen space with actor Arun Vijay, and Khaki directed by filmmaker A. Senthil Kumar in various stages of post-production getting shaped for release.

Trailer Of Vijay Antony’s Tamilarasan Is Out!

Comali trailer is set to be released on...