Actor Jiiva showcased his talent to the Tamil audience through films such as Ram, Katradhu Thamizh, Ko, Ee. The actor who was racking up films some time ago has slowed down his pace and has not been doing many films as once he did. The actor’s last film was Kalakalappu 2 sequel of super hit movie Kalakalappu under the directorial of Sundar. C. The film did not do well in the box office as expected. The actor also played a cameo in Thamizh Padam, which had Chennai 28 fame actor Siva in the lead. 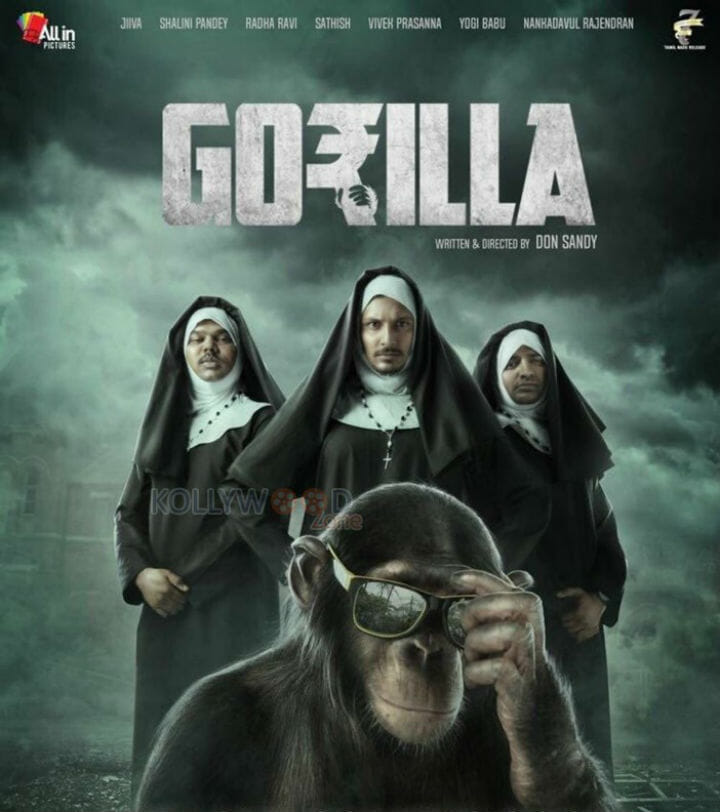 Currently, the actor is getting ready for the release of his next project Gorilla co starring Arjun Reddy fame actress Shalini Pandey as female lead. The film is directed by director Don Sandy, who made his debut in Tamil cinema with Mahabalipuram. The first look of the project was unlocked on social media last year in the month of June, while actor and producer Suriya posted the teaser of the movie on his twitter account in the month of September.

Now the movie has got a release date. According to sources, it is said that the thriller heist film is set to hit the screens on 17th of May this year. The actor’s fans who have been putting up with a long wait are happy with the reports. They have waited for a long time to see their favorite actor on screen again.

The film has an interesting plot; it is safe to say a fresh one to Tamil cinema. The movie is said to have a Gorilla in the lead role, which propels us to wonder who will romance the leading lady? Is it the actor or is it best to leave it to your imagination. The film is about a gang of misfits and how they put to use the assistance of a Gorilla to steal from a bank. A gorilla which has undergone schooling in a renowned Samut training academy in Thailand was brought to be casted in the movie.

Apart from Jiiva and Shalini Pandey, the film has Yogi Babu, Radha Ravi, Rajendran and Ramdoss playing various other vital roles. At first, RJ Balaji was roped in to essay a pivotal role in the movie but due to clash in the dates of the former RJ, comedy actor Sathish was brought on board to play the role. The music for the film is performed by Sam C. S. Cinematography is handed over to R. B. Gurudev while Anthony L. Ruben takes care of the editing.

On the work front, actor Jiiva is currently busy shooting for Kee as well as Gypsy.

Thaanaa Serndha Koottam: The film has shattered a lot of...