The upcoming Tamil horror thriller film “Mohini” is written and directed by Ramana Madhesh and produced by S Lakshman Kumar. This film stars Trisha and Jackky Bhagnani in the leading roles. The film has R.B. Gurudev and Vivek-Mervin handling the cinematography and music respectively. 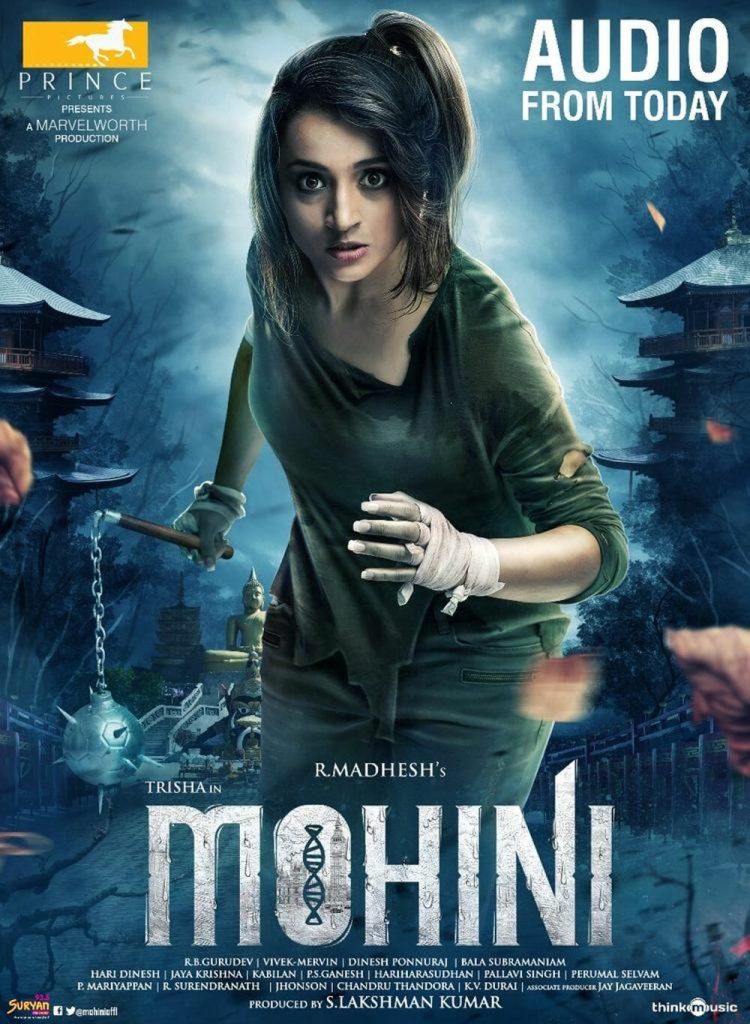 It has been widely speculated that Trisha will play a double role in her upcoming action thriller movie “Mohini”. Both the roles are clearly different from each other. We have learnt from reliable sources that she plays the role of a baker who in “Mohini” is very enthusiastic and passionate about her work and she also keeps a record and has her own blog too where she uploads her recipes. The other is that of an architect.

The source tells us that while there are not much differences in her physical looks and appearances in the two roles but undoubtedly she tried her level best to keep up her good work of playing the dual characters i.e. of a “baker” and an “architect”. She had to work tirelessly on the different body language of the two distinct personalities and her way of speaking, too, will differ in each of her two roles.