An untitled Tamil language film referred to as “Thalapathy 62” by the media is being directed by the well known director AR Murugadoss and written by B Jeyamohan, the award winning novelist in Tamil. The movie stars Vijay and Keerthy Suresh in the lead roles. The film has the legend A.R. Rahman and Girish Gangadharanhandling the music and cinematography respectively. A.R. Rahman has started working on the songs much earlier, the latter who has worked in the Malayalamfilm industry in movies like Kali, Angamaly Diaries and Solo will crank the camera for the film and the multiple National Award Winning Editor, A. Sreekar Prasad, is on board for the film too. 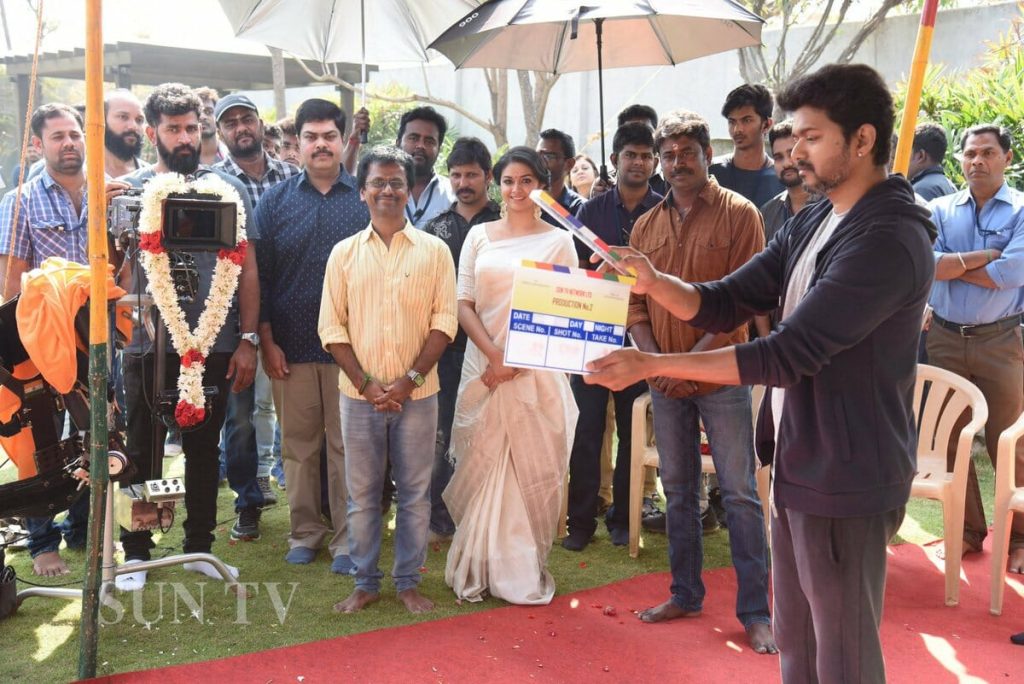 Vijay and Murugadoss are set to kick start their 3rd film together after the two blockbusters “Kaththi” and “Thuppakki”. Murugadoss is well aware of the high expectations and working hard to satisfy the ardent and sincere fans of the actor.

The ace director Murugadoss’s magnum opus upcoming film produced by Sun Pictures is gearing up for its release on DIWALI this year which has got the fans excited. The shoot of the film is expected to begin by the end of this month. The director confirmed that the film will hit the screens with just a simple social media post saying ‘#Happydeepavali guys.. .’

That’s how he announced during his earlier two films with actor Vijay too.