Director Santhosh P Jayakumar is a trend setter director who directed the first of its kind Tamil adult comedy film Hara Hara Mahadevaki starring actors Gautham Karthik and Nikki Galrani in the lead roles. After the release of the film the director was the talk of the town which gave him the popularity that many in the industry crave for and the director shot to fame right after his first film. Following Hara Hara Mahadevaki the director turned many heads towards him when he titled his second film Iruttu Araiyil Murattu Kuthu. The film had Gautham Karthik and the Tamil Bigg Boss sensation Yashika Aanand which surprisingly enjoyed a good reception among the youth audience. 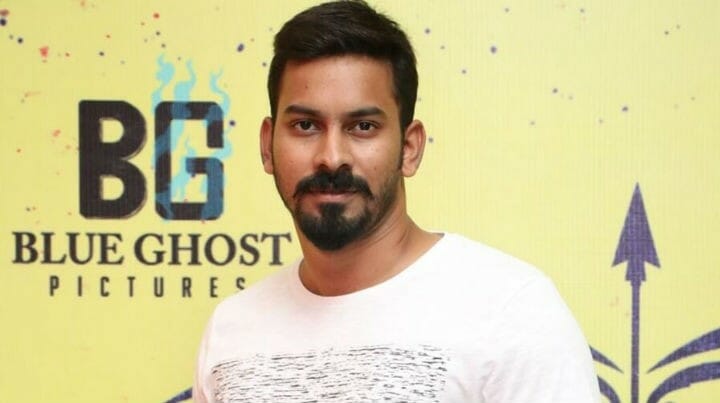 After the release of Iruttu Araiyil Murattu Kuthu the director’s fame skyrocketed in overnight. Though the director does not enjoy a good reception among kids and family audience, the director has a great following among the youth in the state. When the director made an attempt to change his track from adult comedy to romantic comedy through the Arya starrer film Ghajinikanth, his attempt failed miserably as the film turned out to be one the biggest flop films of the year. Now the director is gearing up for his next project titled Theemai Than Vellum. The project was initially set to be produced by Studio Green production house but due to some irreconcilable differences the production house announced that they are dropping the project.

After the announcement it was reported that the director has decided to shelve the project. But now it is all positive news about the project as the venture is set to be bankrolled by Etcetera productions. The film is touted to be an action thriller which will be a clean family entertainer unlike the director’s first couple of films. The pre production work for the film has begun and the casting call for the film is expected to be rolled out soon.

On the work front, the director made his debut in Tollywood this year by directing the Telugu version of Iruttu Araiyil Murattu Kuthu titled Chikati Gadilo Chithakotudu, which hit the screens last month in Tollywood and enjoyed a good reception among the youth in the state.

Meanwhile, Gautham Karthik’s Devarattam that hit the screens on the 1st of May has opened up to a lot of negative reviews. The actors last film Mr. Chandramouli also disappointed at the box office. The actor is desperately in need of a solid hit to consolidate his market in the industry. The actor is currently shooting for his film Chella Pillai under the directorial of debutant director Arun Chandhiran. The film is bankrolled by Anbazhaga Thimman and Isakki Durai under the banner White Line Productions. Apart from this the actor has an untitled film which will be produced by Studio Green production house.