Santhanam who was once the most sought after comedian in the K town by the producers as well as the top heroes in the industry decided to derail track and continue his journey in the industry as a lead hero in the year 2014 with the film Vallavanukku Pullum Aayudham which did well in the box office. Following which the actor did Inimey Ippadithaan and Dhilluku Dhuddu. Though Inimey Ippadithaan failed miserably in the box office, Dhilluku Dhuddu reinstated the actor’s market back to the profitable zone. 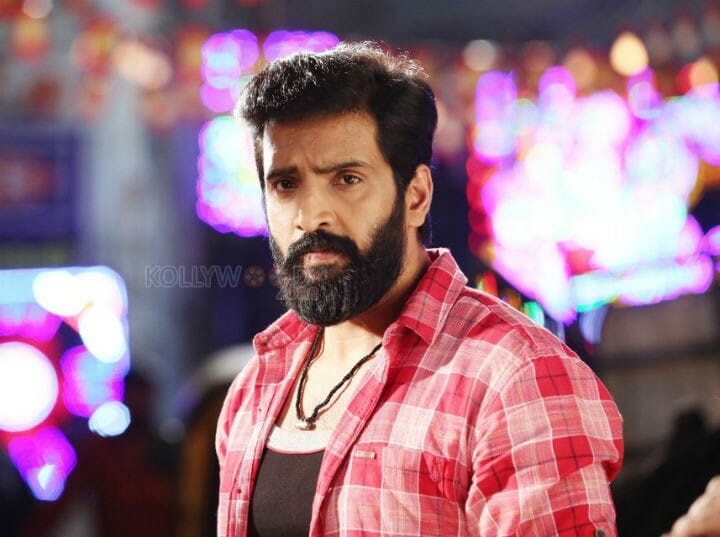 After the success of the flick, even when many top actors requested him personally to star in their films the actor refused their offers and stayed very firm on his stands that he will do only lead roles in films. Following the success of Dhilluku Dhuddu the sequel of the film was made and it hit the screens recently. Even this flick enjoyed a good reception among the audience and it did well for the actor in the box office. Now, the actor who is currently busy shooting for his film Accused NO. 1 is said to have inked his signature for yet another film.

The project is set to be directed by Ivan Thanthiran fame director Kannan. Speaking on the project the director said, “Right from the start of my career Santhanam has been an important factor almost in all my films. In particular he was one of the key elements for the success of Jeyam Kondaan and Kanden Kadhalai. He was so helpful to carry forward the film without any lack in the pace of the script. So when I penned an action comedy film, I felt that Santhanam would be the apt choice to perform the lead role in the film. This project will be bankrolled by me partnering along with M. K. Ramprasad. When I narrated the script to Santhanam he enjoyed the film much and agreed to do the film without any second thoughts. I know that the expectation level for his films are generally high as the audience expect a complete entertainer from him but I am very confident that the film will live up to all expectations,” concluded the director.

The film is set to go on floors by the end of June and is expected to hit the screens by the end of the year. The film is in its early stage and works are in progress to finalize the casting and technicians that will be part of the film. An official announcement for the same is expected very soon.

On the work front, the actor is currently busy shooting for his film Accused NO. 1 under the directorial of debutante director Johnson K. The film has Tara Alisha Berry in the female lead role while Motta Rajendran, Manohar and Yatin Karyekar will be seen in various other roles. After wrapping up the project the actor will join the sets of director Kannan for his untitled flick. Apart from this the actor is also in talks with director Rajesh for a film.