Arirajan began his career as a TV serial director. He became popular by his mega serial “Mangai”. Later, he directed “Manmatha Rajakkal”, with six glamour actress before two years. Now, the name of this film has been changed as “Ilamai Unjal“. Glamour artistes like Namitha, Kiran, Meghna Naidu and others have acted in this movie. 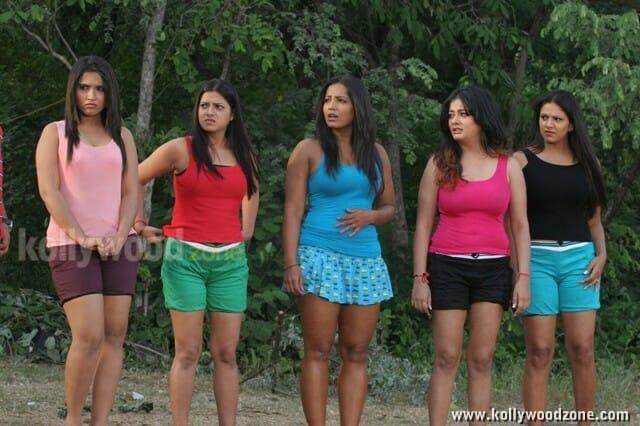 The story is a romantic thriller with the same old formula. The director has tried to serve an old coffee in a new cup. In this movie, some college students from Chennai go on an excursion to a hill station and enjoy their time joyfully.

These young glamorous girls get killed one after other in a thrilling manner. The suspense about the murderer is retained till the climax of the movie. Namitha has done the role of a Police officer who enquires these murders. The audio release of this movie was on 22nd February.

Thupparivaalan is Making Quite an Impact in The...