Kollywood industry’s sources have stated that Lyca Productions, the makers of Superstar Rajinikanth and Shankar’s highly expected sci-fi thriller 2.0, flagged off a never seen before promotional campaign by flying hot air balloon across several global cities. Sources have stated that currently the 2.0 makers are promoting the movie in London with noted Tamil actor Arya’s help. 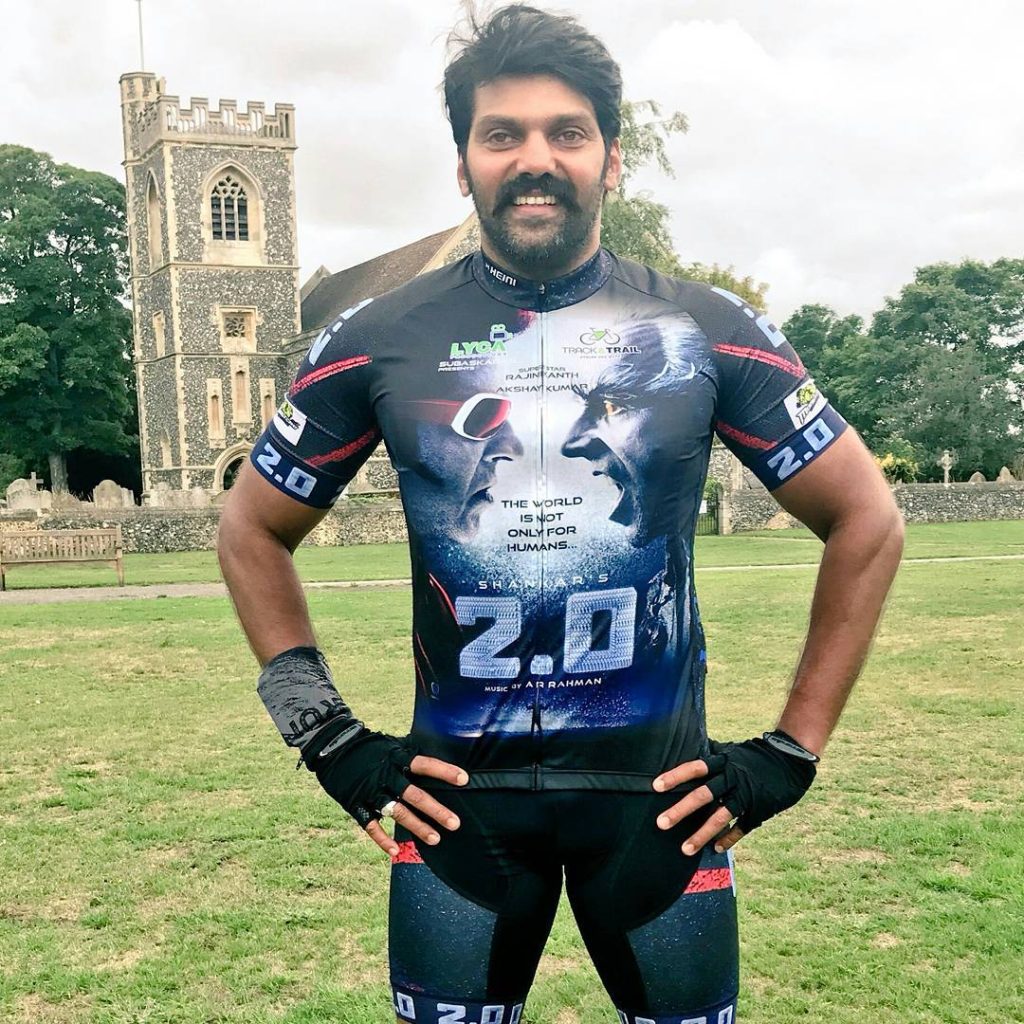 Sources have stated that Arya, popular among Telugu movie lovers through films like Varudu and Nenu Devudni, is participating in the London-Edinburg-London cycling challenge. Arya is riding a cycle sponsored by 2.0’s makers and is also sporting a jersey with 2.0 images printed on it in order to promote the movie.

Accordingly 2.0 is slated for January, 2018 release. The movie features Amy Jackson and Bollywood actor Akshay Kumar in leading roles with superstar Rajinikanth. Keep watching for more details about the movie at the earliest.