Priyadarshan is back with yet another big project after directing Mohanlal in Oppam which was a crime thriller. This time it is a drama where the hero, played by Udhyanidhi Stalin will be portrayed as a common man who will be seen fighting the bad guys to mend his way. The story is essentially of a passport size photographer who hails from a small town and chances upon the love of his life during his period of work. Stalin, in the trailer, appears in his innocent self who stands up for himself and fights the goons, leaving the audience expecting some hardcore action scenes. This big step of his is driven by some unknown twist which will be revealed this 26th of January. 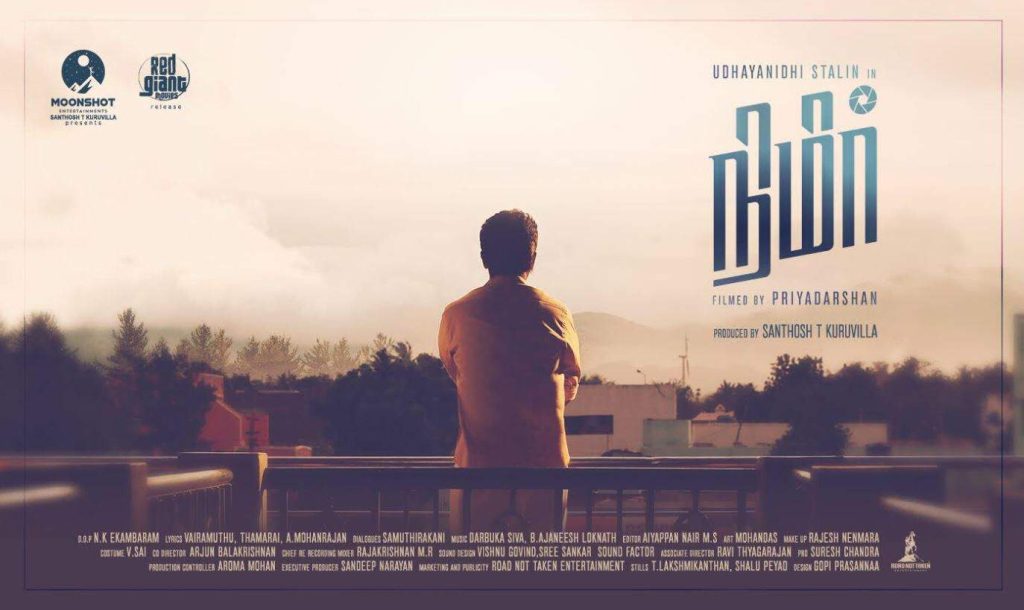 The trailer gives us a glimpse of both Parvatii Nair and Namitha Pramod and leaves us guessing their roles in the drama. The trailer is quite intriguing and the background score by Darbuka and SivaB Ajaneesh Loknath intensifies it even more.

Nimir is reportedly a remake of the 2016 Malayalam film Maheshinte Prathikaaram, directed by Dileep Pothan starring Fahadh Fasil in the lead. Wait only till this 26th of January to find out how this remake is treated from a different setup and perspective by Priyadarshan.