Actress Shruti Hassan is one of the busy actresses of South India with multiple projects in Tamil, Telugu, and Hindi. The actress who began her career as a child artist in her father’s directorial Hey Ram has evolved in to a leading artist in the industry. Despite many trolls and mockery on her performances, the actress simply sets them aside and has been marching forward. The actress was forced to take a break from her busy schedule last month because of the covid-19 infection. Now she has recovered, and is back to business as usual.

It is a known thing that the 7aum Arivu actress has been dating rapper, doodle artist, and illustrator Santanu Hazarika from the year 2020. Ever since the duo has been travelling together to places and is seen attending various events together. The actress even shares pictures of them chilling around on her social media profiles. But some time ago, news broke that the actress had broken up with the singer after she deleted pictures of them together on her Instagram account. But the pair has proved those theories wrong by expressing mutual respect for each other. There is a buzz in the k-town that the duo will soon be tying the knot. The love birds have gone hush hush on the news. They have neither denied nor expressed objection to the matter. But recently her boyfriend Santanu Hazarika talking to a leading daily, had stated that they are already married creatively. This statement of his added fuel to the fire. Now, actress Shruti Hassan for her turn has added more fuel to the fire.

Recently, Santanu Hazarika celebrated his birthday. Wishing him on his special day actress Shruthi Hassan has penned a very special message for him. The actress took to her official Instagram handle and shared few pictures of her boyfriend and of them together, and wrote, “Happy Birthday my Santanu Hazarika art this world is blessed to encounter your gorgeous energy and I’m so thankful every day to know you! I wish you the happiest birthday my Angel. Thank you for being you and can’t wait to see all that you do!” 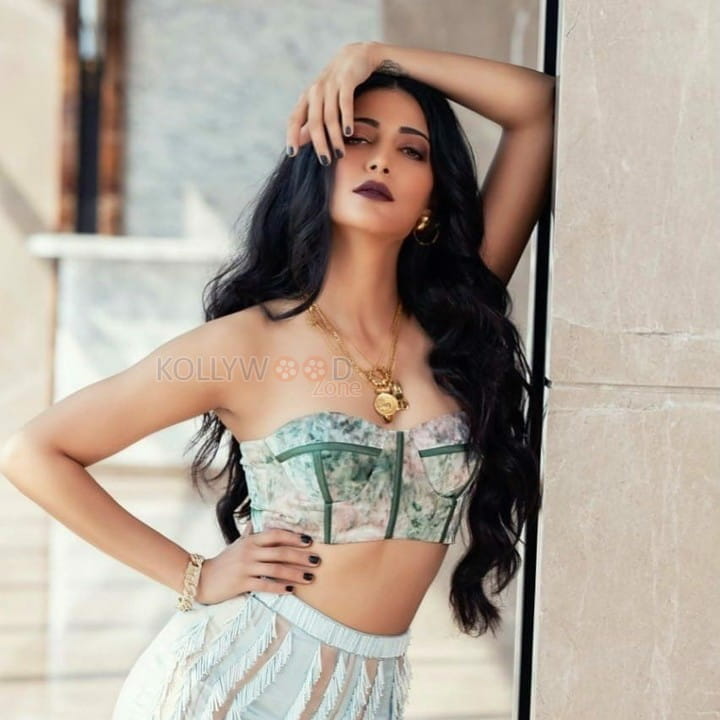 In the snaps, the actress is seen in a traditional wear as well as in a rugged clothing style. In one of the pictures the actress is seen hugging her boyfriend looking in to his eyes sharing a warm smile. In another both of them appear modish sporting coolers. The duo indeed looks super cool together.

On the work front, actress Shruti Hassan who was last seen on screens in Laabam helmed by late film maker S. P. Jananathan alongside actor Vijay Sethupathi is currently busy shooting for her next Telugu flick christened Salaar in which she will be seen alongside Baahubali fame actor Prabhas. Following which she will be a part of actor Nandamuri Balakrishna’s untitled project helmed by film maker Gopichand Malineni. As of now, the actress has not inked her signature for any other project in Kollywood.