Actor Karthi is a perfect example for a commercial hero in K town. He swings between rural and urban based stories at regular intervals. The actor was last seen on screen in the action drama Sulthan which hit the screens under the direction of film maker Bakkiyaraj Kannan in which he had shared the screen space with actress Rashmika Mandanna. The venture did not do well in the box office as anticipated. But the actor has moved on to his next flick titled Darbar. Director P. S. Mithran of Irumbu Thirai fame is helming the drama. Actress Raashi Khanna essays the female lead part. Now, we have some interesting news about the drama. 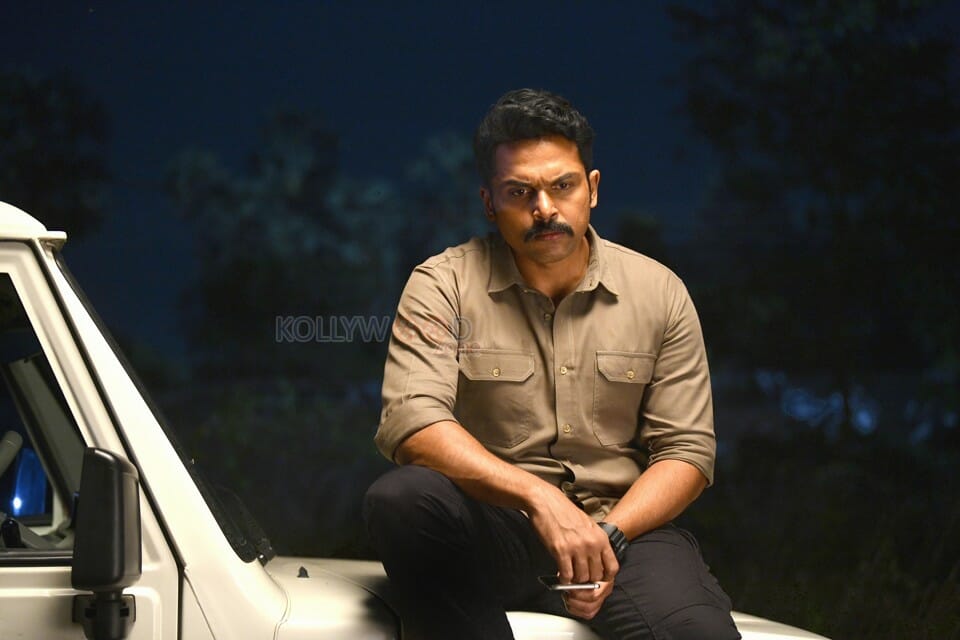 The project went on floors last year. But the first schedule of shoot had to be stopped in the middle because of the covid-19 second wave. Now, the shooting for the venture has resumed and has been happening in full fledged. Currently, the shooting for the entertainer is underway in Azerbaijan where the unit is filming a major stunt portion. The production house is in plans to wrap up the shoot as soon as possible as they are aiming for a Deepavali release. It is said that actor Karthi has sported two different looks for the film – a young cop and an old man.

Apart from actors Karthi and Raashi Khanna, Sardar has veteran actress Laila making her comeback to the industry nearly after 17 years. Actress Simran was supposed to play the role but she had to opt out due to call sheet clash. The casting of the flick has actors Chunky Panday, Rajisha, Munishkanth, Murali Sharma, and Ilavarasu playing various other supporting roles. Music director G. V. Prakash Kumar handled the musical instruments of the movie. Cinematographer George C. Williams has been behind the camera for the flick. Editor Ruben has been bestowed with the responsibility to edit the flick. The project is bankrolled by S. Lakshman Kumar under the production house Prince Pictures. The venture is distributed by Red Giant Movies owned by Udhayanidhi Stalin.

On the work front, actor Karthi who is busy shooting for Sardar will have a successive release following it, in the likes of Viruman filmed by storyteller M. Muthaiah in which he has shared the screen space with actress Aditi Shankar, and the epic historical drama Ponniyin Selvan directed by auteur Mani Ratnam in which he has essayed the part of Vallavaraiyan Vandiyadevan. Apart from these projects, the actor has his long-delayed flick Party which is directed by film maker Venkat Prabhu in the shelve awaiting release.

On the other hand, actress Raashi Khanna who was last seen on screens in Tamil in Aranmanai 3 is currently busy shooting for her upcoming Bollywood film titled Yodha under the directorial of storytellers Sagar Ambre and Pushkar Ojha in which she will be seen alongside actors Sidharth Malhotra and Disha Patani. Apart from this movie, the actress has Thiruchitrambalam directed by Mithran Jawahar in which she has co starred with actor Dhanush, Shaitan Ka Bachcha helmed by Karthik G. Krish in which she will be seen alongside actor Siddharth Suryanarayan, and a couple of Telugu Dramas christened Pakka Commercial scripted by Maruthi with actor Gopichand in the lead, and Thank You filmed by Vikram Kumar in which she has romanced actor Naga Chaitanya in the post production shaping up for release.