The Western Ghats run through the Tamil Nadu and Kerala border. The movie doesn’t have any prominent artists and all we see is real life characters. We see Rangasamy being woken up in wee hours and he gets ready to work and the travel starts along with him. 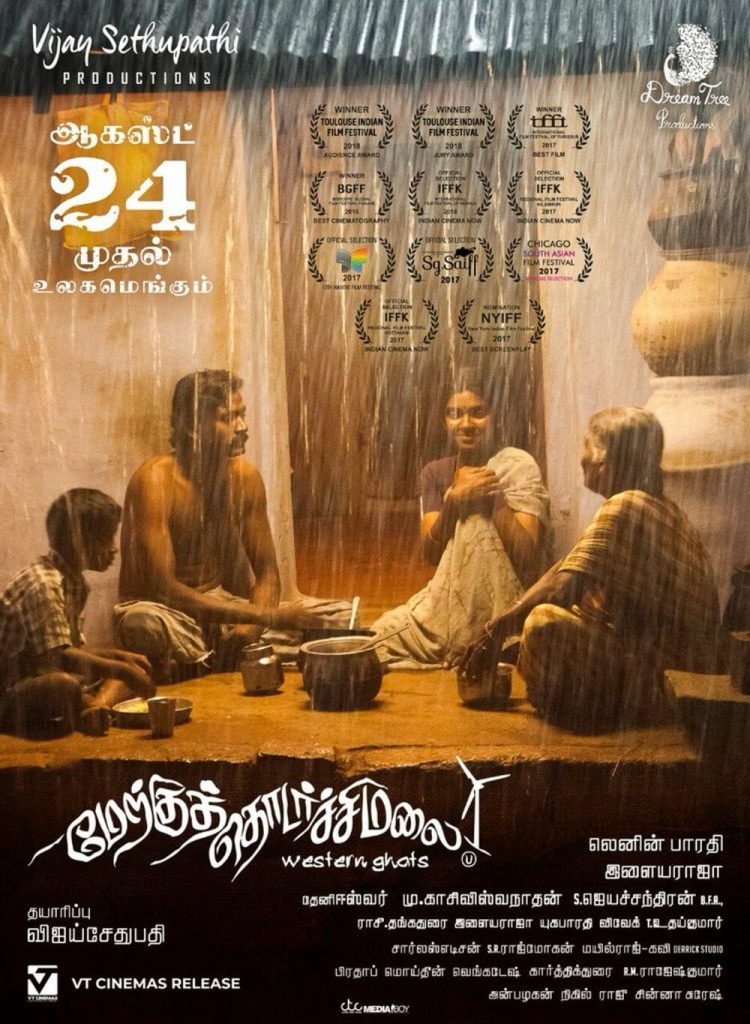 He is a daily wage worker whose job is to pick up the load from the hills and bring it down to the village. The director Lenin takes ample time to give us a feel of this daily routine. The movie moves at a snail pace, but the characters are shown in depth. Rangasamy takes his friend Kethara.

They get daily wages once they are done and we absorb the characters which we walk through every day. In the hills, we can see some happy faces kike Chako (Abu Valayangulam), the labor activist in the place, Kangaani (Anthony Vaathiyaar), the supervisor, Ravi (Aarubala), a greedy estate owner, and Bakkiyam (Sornam), who runs a tea shop.

There’s no such thing as a plot and all. It’s just like a documentary where we see everyday characters and their life journey. The cinematography stands tall among everything. Theni Easwar definitely deserves a National Award.

The movie also speaks about financial issues which the labor faces every day and so on. However, this movie is not everyone’s cup of tea as it moves at a slow pace and we see dry lands everywhere. The movie has zero entertainment values too. Ilayaraja’s music is understated. However, such movies will elevate the Tamil Cinema to a whole new level.

Overall, Merku Thodarchi Malai will definitely leave an impact on you and it can be either way!