Actress Meghali is all ready to promote her upcoming debut, Arudra with Pa Vijay. However, she has kept herself busy with a number of other Kollywood projects. She is now working on new Tamil film titled, Ragadam. “I have almost finished shooting for my portions, except for a song, which is currently going on. I was very excited about doing this film because I got to play a dual role in it — with both the roles being different from each other,” she says. 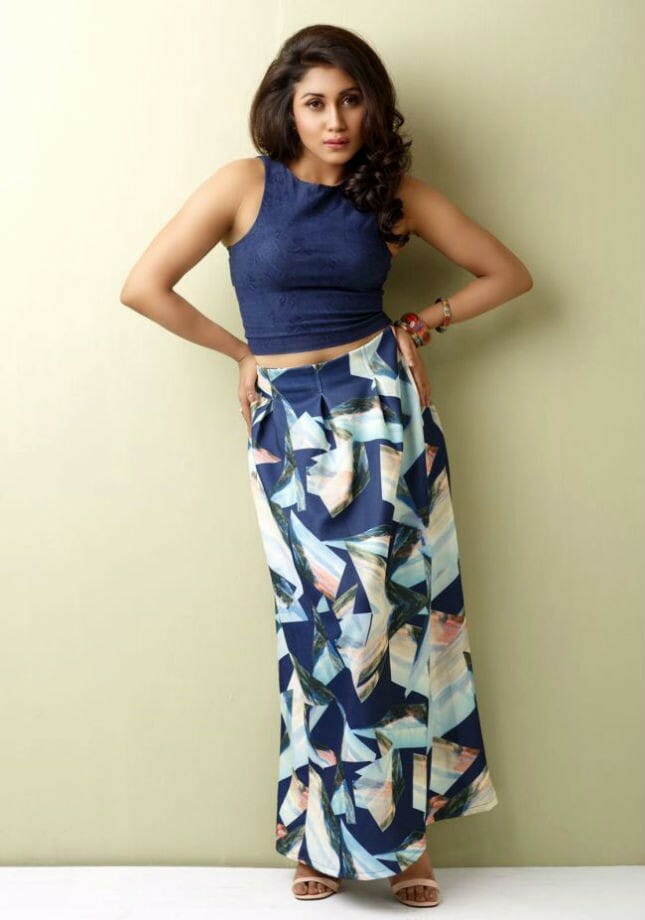 The film is directed by debutant to the industry, Maha and Roshan stars as the lead, who is also al;so the producer of the film. Talking about her role, Meghali says, “One of the characters I play is that of a city girl, and the other hails from a rural background. This film has a lot of scope for me to show my acting talent. It is a family subject, which also has actors like Rekha, Rajendran and Ganja Karuppu in important roles. I had a great time shooting for the film and working with Rekhaji was an experience I’ll always cherish. She taught me a lot of things and helped me during the shoot. She also assisted in correcting my Tamil dialogue delivery.”