Vijayakanth is no more a superstar now. He is a humbled politician leading a very normal life. in a recent interview, Vijayakanth, the common man, talked about his life after films. 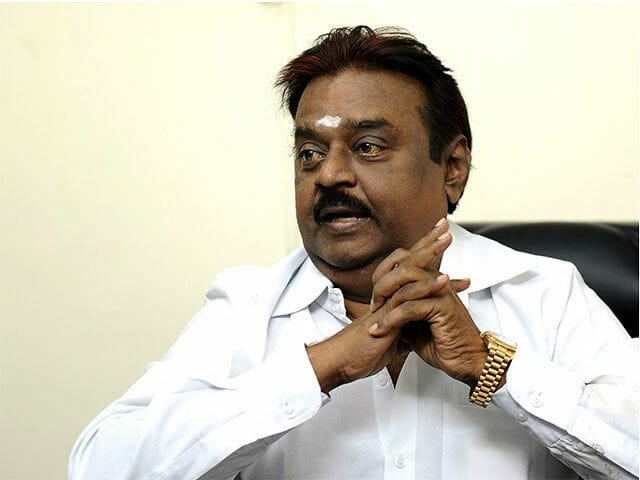 “My wife and my sons are usually around me. My elder son is into dogs, snooker and badminton, while my younger son wants to act. I am usually at my office, if I’m not touring and attending party rallies. I go home for lunch and my wife serves me food. I have a separate table at home for dining. I have always eaten sitting down on the floor, but of late, I have been eating at the table. I use the A/C when it is hot, but otherwise, I do not use it. The electricity bill also increases, no?” he says.

Vijayakanth doesn’t watch any Tamil films, when asked about the reason he said, “Because I don’t even watch my own films. I have acted in 150 films, and right from my initial days, I haven’t seen my films. I have not watched Senthoorapoove yet, so you can imagine. The film’s director, Abavanan and I had a misunderstanding at that time, and though we have resolved our differences, I have not seen that film. I didn’t have time then. Now, I do have the time, but I don’t watch my films.”